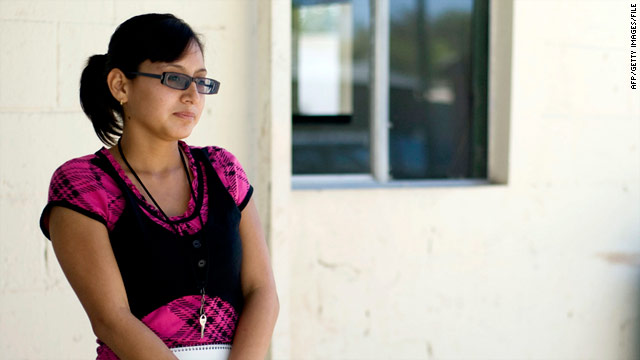 The 20-year-old criminology student made headlines when she took the reins of the police force in one of the most violent cities in the border state of Chihuahua. It's common for police officers in Praxedis to be abducted and killed.

"Marisol did not show up for work this morning as she was expected," town secretary Andres Morales said. "Since she was on a personal leave that expired today and did not reach out to us over the weekend, she now faces termination.Â  It is now an official matter.Â  We don't know anything about her whereabouts. Our attempts to get a hold of her during the weekend were unsuccessful."

Praxedis Mayor Jose Luis Guerrero told CNN last week that Valles Garcia was on personal leave because her 8-month-old baby was sick. He said she was expected back at work Monday.

"Marisol, in fact, still works here and she's still getting paid. She comes back on Monday," he said.

Praxedis is located about 35 miles southeast of Ciudad Juarez, one of the bloodiest cities in world.