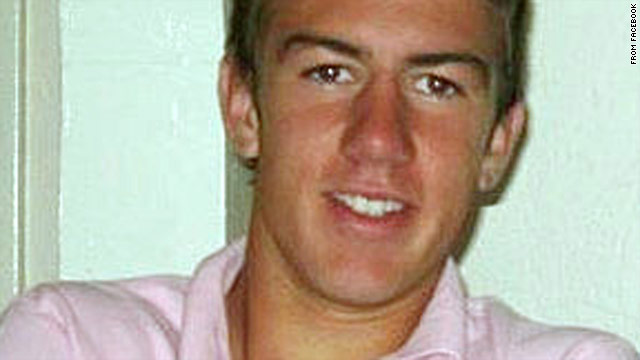 Another teen athlete has died suddenly during a game.

Matthew Hammerdorfer of Fort Collins, Colorado, collapsed during a rugby match Saturday. The 17-year-old's death was caused by complications from a heart condition, according to CNN affiliate KMGH-TV in Denver.

Friends of the teen told reporters that he was a multi-sport athlete, the station said. He loved mountain biking and reggae, a friend told CNN affiliate KCNC who saw Hammerdorfer collapse.

Witnesses said Hammerdorfer took a hit on the field Saturday, fell and did not get up,Â Â KMGH reported. "We got reports that the victim was in seizure at some point before and during our response," said Patrick Love, spokesman for the Poudre Fire Authority, according to the station. The teenager was taken to a hospital, where he died, the station reported.

On Sunday, hundreds attended visitation of a Michigan high school basketball player who died during a game last week. Wes Leonard, 16, of Fennville, died moments after scoring the winning basket in overtime Thursday, securing a perfect season for the Fennville High School Blackhawks. Leonard scored his team's last four points in the 57-55 victory.

An autopsy Friday revealed Leonard died of cardiac arrest due to an enlarged heart, according to Dr. David A. Start, the Ottawa County chief medical examiner.