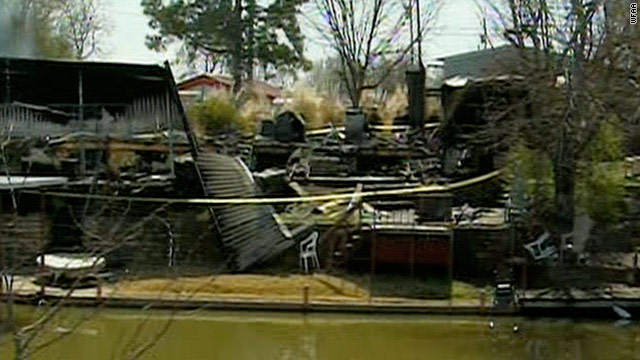 Even a seasoned firefighter said it was the worst blaze he had ever seen. Six people were killed when they were trapped inside a burning mobile home in Hood County, Texas, near Dallas.

The fire broke out around 5:30 a.m. Sunday after a party in a double-wide on the shore of Lake Granbury. Three people escaped, and a neighbor called 911, according to CNN affiliate WFAA.

"It's just a shock to see a house totally engulfed," neighborhood resident Paul Woods told the station. "Especially when the people are still inside. There's nothing you can do ... literally nothing you can do. The flames are pouring out and no way you can get anywhere close to the house."

Other neighbors said that the party, thrown by a group of boys, was loud enough to wake them up. The six who died were between the ages of 18 and 30, and were among 14 at the party, the local fire marshal told the Star-Telegram.