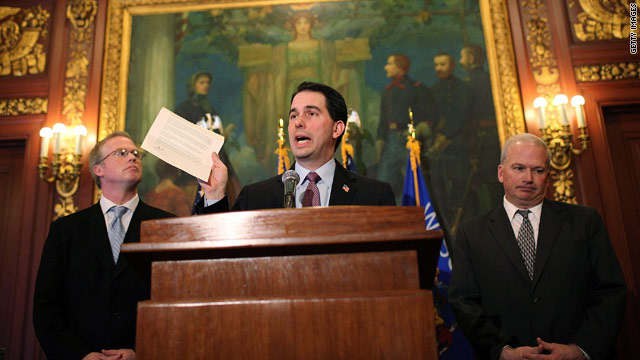 ﻿An e-mail exchange released by Wisconsin Gov. Scott Walker's office on Tuesday revealed a series of potential Republican concessions to a three-week stand-off over a budget bill that would restrict the collective bargaining rights of most public workers.