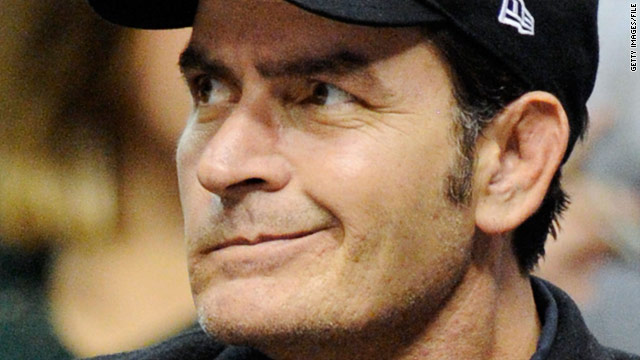 Charlie Sheen was fired from his popular TV show after publicly insulting its creator.
March 8th, 2011
11:13 AM ET

Charlie Sheen sacked - It probably didn’t surprise anyone but Charlie Sheen to learn that the actor was canned from “Two and a Half Men” on Monday. The firing comes after a series of bizarre public appearances that included attacks on the show’s creator. We’ve been waiting on a response, but the last we heard – via Twitter – was that the self-professed warlock was seeking a winning intern “with #TigerBlood.”

Libya unrest - A government spokesman is denying that Libyan leader Moammar Gadhafi is agreeing to step down if the opposition guarantees he won’t be prosecuted and can leave the country safely. Spokesman Musa Ibrahim called the opposition claims “lies.” The development comes as Libya enters its fourth week of clashes. Rebels now control several cities, and the death toll is estimated to be at least 1,000.

Texas gang rape arrests - Thirteen adults and five juveniles have been arrested as part of an investigation into the alleged rape of an 11-year-old girl in Texas, police said. The investigation into the incident is “continuous,” police added, explaining there could be more major developments. So far, the 18 people arrested range in age from 14 to 27 years old. Four students from the Cleveland, Texas, independent school district appeared in court Monday.

Wisconsin standoff - Wisconsin state Sen. Jon Erpenbach, who fled with 13 other senators to Illinois to avoid voting on Gov. Scott Walker’s budget proposal, says he wishes “we could be home right now.” The bill has sparked widespread protests in Madison, and on Monday, Senate Minority Leader Mark Miller sent a letter to Walker proposing the two sides meet at the border to “resume serious discussions.” Walker responded by calling the idea “ridiculous” and said Miller is not open to negotiations.