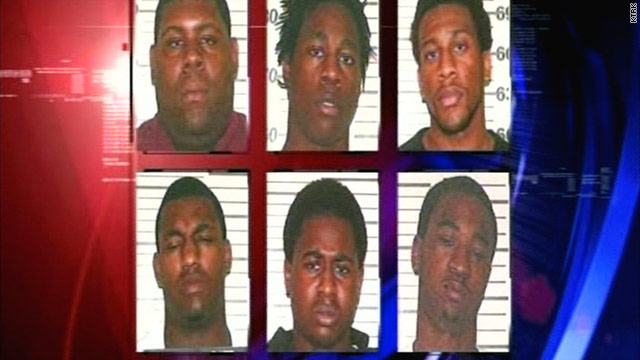 18 charged in alleged gang rape of Texas girl: Thirteen adults and five juveniles have been arrested as part of an investigation into the alleged sexual assault of a Texas girl, police said.

Sheen fired from sitcom after public meltdown: Warner Bros. Television has fired actor Charlie Sheen from its comedy "Two and a Half Men" after a two-week public meltdown by the star that has included attacks on... FULL STORY

Man allegedly karate chops air marshal: In-flight movies may feature martial arts, but some airline passengers apparently got to see the real thing on a flight that ended with a man being subdued by air marshals.
Intruder calls 911: A man who broke into a house in Portland, Oregon, called police - afraid the homeowner may have a gun.

A violin-shaped church, an "upside down" house and a hotel modeled on a Russian doll are among the entries in an anâ€twitter.com/i/web/status/1â€¦la
cnni