NY Gov. Cuomo denies conduct detailed in sexual harassment report, saying "the facts are much different than what hŌĆtwitter.com/i/web/status/1ŌĆ”Jy

Two employees were injured during an early morning workplace shooting at a Smile Direct Club in Antioch, Tennessee.ŌĆtwitter.com/i/web/status/1ŌĆ”0D 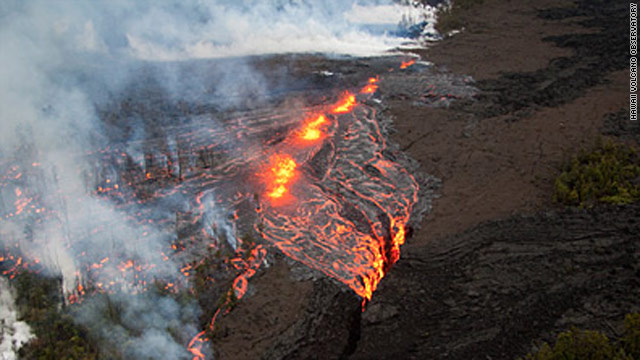 Hawaii's Kilauea Volcano is emitting five times the lava and 25 times the sulfur dioxide gas as before a 1.5-mile-long fissure opened on the mountain over the weekend.

Although the lava, which is sometimes shooting as high as 245 feet, currently poses no threat to humans on Hawaii's Big Island, the sulfur dioxide gas could become a problem, reports CNN affiliate KHON in Honolulu.

Sulfur dioxide and sulfate aerosols that Kilauea is emitting at increased levels are two key ingredients in vog: a volcanic fog that can cause "headaches, breathing difficulties, increased susceptibility to respiratory ailments, watery eyes, and sore throat," according to the governor's office.

KHON reports that the state's current northeast tradewind pattern is keeping the irritating gas from populated areas, but any change in the tradewinds, especially if they diminish or shift to a more southerly pattern, could bring vog's harmful effects into play.