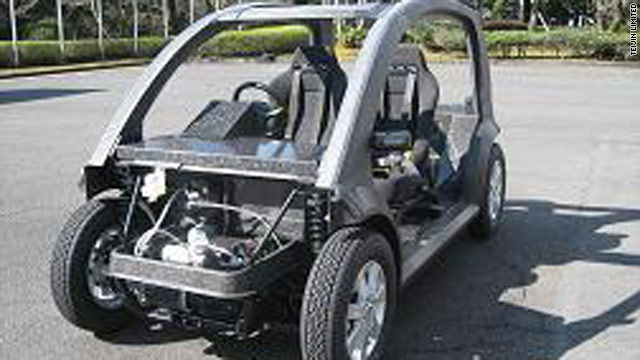 A Japanese company on Wednesday said it has developed a process to make lightweight car frames at mass production speeds, a process that could make vehicles more efficient and save energy.

Teijin Limited said in a press release it can mold an automobile frame of carbon fiber reinforced plastic in under 60 seconds.

"The breakthrough overcomes one of the biggest challenges in the industry and represents a long stride toward the use of carbon fiber for the mass production of automobiles and other products," the company's statement said.

The company said it has developed an electric vehicle to show the advantages of its new carbon fiber composite. The frame of the vehicle weighs only 47 kilograms (103 pounds), a fifth of what a metal counterpart would weigh, it said.

Previous molding processes for a car frame took at least five minutes each, the company said, making it unsuitable for mass production. With the new method taking less than a minute, efficient mass production is possible, it said.

Teijin plans to develop applications for the carbon fiber in making machine tools and industrial robots as well as automobiles, the statement said.