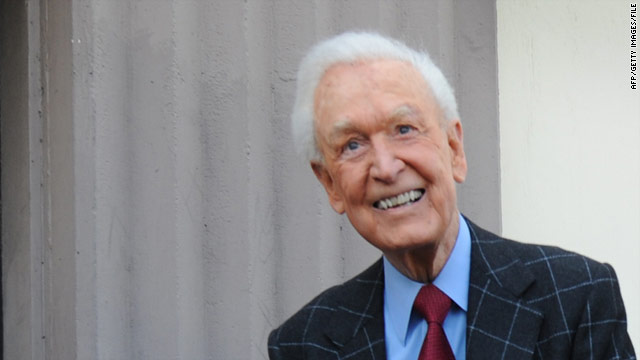 The former host of "The Price is Right" and World War II veteran is donating $2 million to the Semper Fi Fund, which provides assistance to U.S. military veterans and their families.

Barker "is hoping that his donation and support for our young Veterans will inspire others to give and commit to making sure that not one young Marine, sailor, airman and soldier or their family members are in need during their long-term recoveries," the organization said in a statement.

He's also known for his support of animal-rights causes and used to sign off "The Price is Right" with the line, "Don't forget to have your pets spayed or neutered."

The Pro Bowl running back has filed papers with the National Football League to end his retirement and return to professional football at age 35, according to news reports.

Barber retired after the 2006 season, after amassing more than 10,000 yards rushing and 55 touchdowns during his 10-year career, all with the New York Giants.

But if he makes good on his plan to be a pro again, it won't be with the Giants, the New York Daily News reports.

"We wish Tiki nothing but the best," the team said in a statement, according to the Daily News. "When we are able to make the transaction, we will release him from our reserve/retired list."

So where wouldÂ Barber play? TampaBay.com reports the Tampa Bay Bucs could be a destination. That's whereÂ his twin brother, Ronde, just signed a $4-million contract for a 15th season.

The alleged abuse in Philadelphia happened before Rigali was assigned to the area by Pope John Paul II in 2003, Allen said.

Described by Allen as a "consummate Vatican insider," Rigali came to the area after a stint as archbishop of St. Louis. There, he hosted John Paul II's visit.