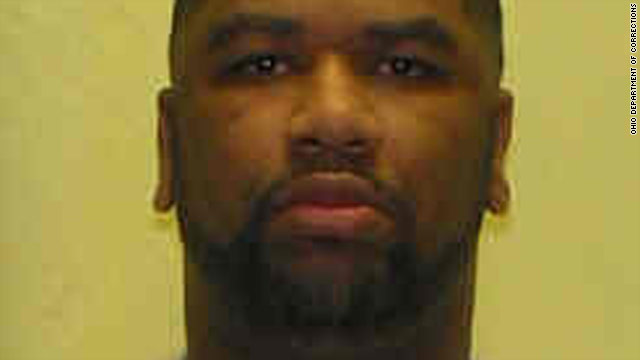 Ohio man is first executed with lone dose of pentobarbital

Johnnie Baston on Thursday became the first person in the United States executed with the single-dose drug pentobarbital.

Pentobarbital, a barbiturate that has been used in animal euthanasia and as a mild anesthetic in humans, was used in a U.S. execution for the first time in December, when it was administered as the first drug in a three-drug cocktail used in a lethal injection given to an Oklahoma inmate.

Sodium thiopental is the normal drug used in such lethal injections, but a nationwide shortage of the chemical has forced some states to scramble for possible substitutes.

In 2009, Ohio became the first state to perform an execution with a single drug, using a single dose of sodium thiopental.

Baston was pronounced dead at 10:30 a.m. Thursday at the Southern Ohio Correctional Institution in Lucasville, the state Department of Corrections said.

He received the death sentenced for the 1994 murder of Toledo store owner Chong Hoon Mah, a South Korean immigrant who was shot in the head at close range.

“For a long time I didn’t see a lot of value in myself,’’ Baston said Thursday in the death chamber, the Toledo Blade reported. “It wasn’t until this moment, till I had to go through this ordeal, that I have seen so much love from so many people, letters from people all over the world, and even Ohio.’’