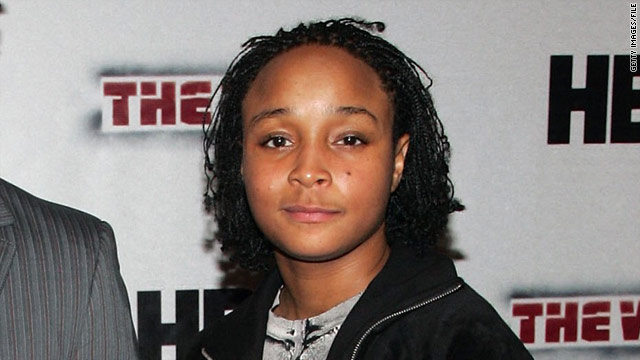 When she was 14, Pearson shot and killed a 15-year-old girl, her autobiography says. Pearson served time in prison and was eventually cast in the HBO drama “The Wire.” She played “Snoop,” an assassin. In a 2007 Washington Post profile, Pearson said her experience in the streets helped her be more authentic in the show, which she said saved her life. Horror writer Stephen King once called her "perhaps the most terrifying female villain to ever appear in a television series." On Thursday, WBAL-TV reported that Pearson, now 30, was arrested with about 30 other people in an early-morning drug raid conducted by hundreds of police and federal agents.

The senior from South Philadelphia High School will take part in a White House event today focusing on school bullying. Ly was harassed at school because of being Asian, according to The Notebook, an independent blog about the Philadelphia Public Schools.  He went on to help organize the Asian Student Association of Philadelphia, which helps immigrant students at various schools. In December, the Philadelphia School District signed a civil rights agreement with the U.S. Justice Department to address anti-Asian immigrant violence.

He will be one of the witnesses at a House Homeland Security Committee hearing Thursday in Washington, which has been called by Rep. Peter King. The hearing will address what King calls the radicalization of Islam in America. During the hearing, Bledsoe is expected to recount how his son Carlos converted to Islam and renamed himself Abdulhakim Mujahid Muhammad, the National Journal reported. In May 2009, Carlos Bledsoe shot two soldiers outside a Little Rock, Arkansas, recruiting station, killing one of them. Carlos Bledsoe said he committed the shooting because of "a war going on against Muslims." Melvin Bledsoe told The New York Times last year that "evildoers" brainwashed his son.