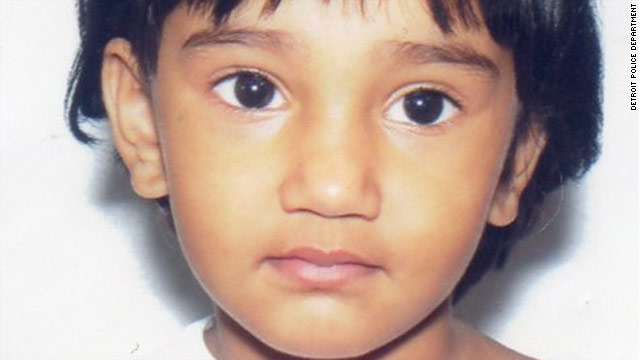 50 people in 50 days: Man says girl vanished from his car

Tangena Hussein was 2 when her mother's boyfriend reported her missing in Detroit on October 2, 2008.

The man told police he put her in his car, and he began driving to a mall to pick up Tangena's mother from work. On the way, he stopped at a Detroit gas station, left Tangena in his locked car and went inside the store to get some gum, he told police.

He told police that when he exited the gas station, Tangena was no longer in the car. He reportedly drove to the mall to pick up Tangena's mother before returning to the gas station to call police and report the girl's disappearance.

Police say the vehicle showed no signs of forced entry. They say they don't know what happened to Tangena.

Hundreds of schoolgirls that were kidnapped at gunpoint in Nigeria have been rescued, authorities said. cnn.it/3dZWu6l
cnni

6:16 am ET March 2, 2021 RETWEET
After the postponement of the Olympics turned their lives upside-down, a husband and wife recall how they navigatedâ€twitter.com/i/web/status/1â€¦Kb
cnni

6:00 am ET March 2, 2021 RETWEET
By the end of the decade, the only Volvo you'll be able to purchase will be electric. And you'll only be able to buâ€twitter.com/i/web/status/1â€¦KC
cnni

5:45 am ET March 2, 2021 RETWEET
RT @cnnsport: After the postponement of the Olympics in 2020, husband and wife @iFlyNoWings and @sandicheekspv recall how they navigated aâ€¦
cnni

5:32 am ET March 2, 2021 RETWEET
In Aldama, a small town of about 7,000 located in the central highlands of the southern Mexican state of Chiapas, sâ€twitter.com/i/web/status/1â€¦AH
cnni