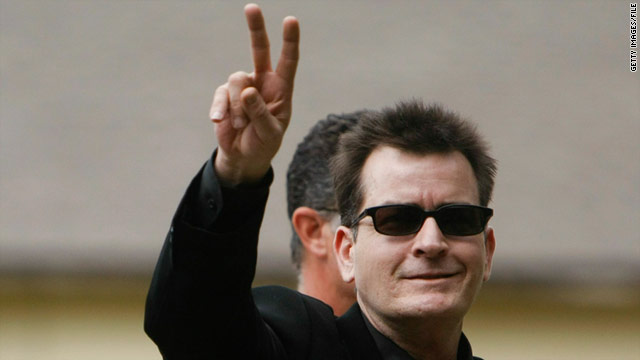 Looking for 'tiger blood' on the Web? Boston man's got it

Former “Two and a Half Men” star Charlie Sheen may have put tiger blood on the map, but he didn’t put it on the internet.

The Web latched onto the term when the embattled actor told NBC's "Today Show" in a late February interview that he has "tiger blood and Adonis DNA".

The term quickly became a Twitter topic for a few days afterward and was a top search term on Google.

But "winning," at least on the web, apparently involves some legal legwork.

The domain name tigerblood.com is owned by a Singapore-based pharmaceuticals firm that sells steroids. The site’s domain has been registered since 2005, according to Network Solutions, a website registrar. The company did not respond to interview requests.

“Like everyone else, I had been watching TV every morning to see Charlie Sheen's daily antics, and I thought it was hilarious how he kept talking about tiger blood,” Wilson said.

Wilson said he went online and snapped the domains up.

Domain names are big business. In November, a holdings company ended up in Guinness World Records when it bought sex.com for $13 million, the most ever for a domain name. It had been sold before that for $11 million.

But people who buy domains and sit on them are controversial in technology circles. To some, they are just people who have followed proper Web protocol by legally paying for a domain. But many view "cybersquatters" as unsavory space-occupiers.

Wilson, who makes high-end custom signage for businesses, said he’s neither. “To be honest, I don’t know what I’m going to do with it,” he said.

In other words, Wilson said he doesn't sit around and collect domains to sell for profit.

His last foray into domain names was about 12 years ago, when he registered the name of his band, the Konks (“a '60s-style garage punk band”), which recently broke up.

Wilson is not the only one in a bid to take tiger blood to the bank. A California company recently debuted a tiger blood energy potion.