The US puts sanctions on the Saudi Rapid Intervention Force known as the "Tiger Squad" and on a Saudi former intellātwitter.com/i/web/status/1ā¦ND

A long-awaited declassified US intelligence report on the killing of journalist Jamal Khashoggi finds the Saudi Croātwitter.com/i/web/status/1ā¦5I

More new research suggests a single dose of the Pfizer/BioNTech coronavirus vaccine can protect against asymptomatiātwitter.com/i/web/status/1ā¦DU

The Senate parliamentarian has ruled against including the increase in minimum wage in the Covid relief bill, sourcātwitter.com/i/web/status/1ā¦dr

The US military has carried out air strikes in Syria targeting an Iranian-backed militia site, the first known miliātwitter.com/i/web/status/1ā¦m7 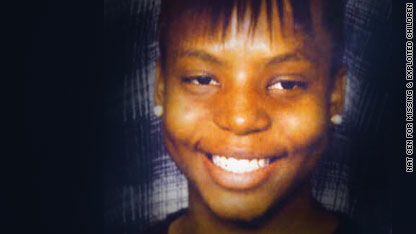 50 people in 50 days: 'Good girl' disappears on way to drugstore

Kimberly Arrington's mother died without knowing what had become of her daughter, who disappeared in 1998 without a trace.

But the memory of the 16-year-old lives on among those who love her. Kimberly's father still waits for her to come home, and her sister named her daughter after her missing aunt.

Kimberly left the family's home in Montgomery, Alabama, around 5 p.m. on October 30, 1998, telling her mother that she was going to a nearby CVS drugstore. She never came home.

Kimberly was a "good girl," a friendly, outgoing teen who accepted everyone with open arms. Someone may have asked his daughter for directions, Walter Arrington believes, and forced her into a car.

"Most people liked her, and she was very friendly towards everybody," he said. "I felt like maybe that's part of the reason why they got her."

When the Golden Globes air on Sunday, "Minari" ā an American movie written and directed by an American man about atwitter.com/i/web/status/1ā¦lEHM
cnni

4:58 pm ET February 26, 2021 RETWEET
The US puts sanctions on the Saudi Rapid Intervention Force known as the "Tiger Squad" and on a Saudi former intellātwitter.com/i/web/status/1ā¦TV
cnni

4:52 pm ET February 26, 2021 RETWEET
"Permitting the spread of the virus in countries without the means to acquire vaccines could allow more variants toātwitter.com/i/web/status/1ā¦1q
cnni