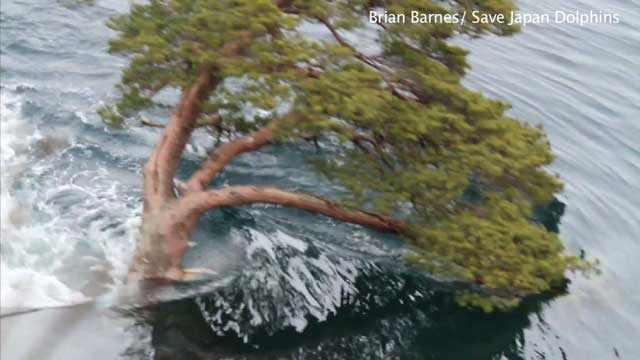 'How I survived the quake'– Zach Branhamm, an American teaching in Japan, recorded part of his journey to escape the tsunami. In this interview, he describes a 20-hour walk to find his girlfriend.

'We could not stay standing'Â – An NHK journalist is finishing an interview with a local fisherman as the quake hits. The video she shot starts with a low rattle and she says withinÂ 30 minutes, the whole town was engulfed.

Worried parents reconnect with sonÂ – Parents of students, teachers and tourists traveling were almost certainly consumed with anxiety after the massive quake struck. This is Paul Fales, a teacher, who is reconnected with his parents via phone for the first time since the earthquake hit.

4:14 pm ET May 26, 2020 RETWEET
This morning the National Hurricane Center was giving an area of storms over Florida a 20% chance of turning into aâ€twitter.com/i/web/status/1â€¦Iz
CNNweather

10:55 am ET May 26, 2020 RETWEET
"Let me be very honest, I think the President's push was clearly political maneuvering. Most churches never consideâ€twitter.com/i/web/status/1â€¦fU
CNNBelief

9:44 am ET May 26, 2020 RETWEET
California suggests no singing and shorter services in guidelines for reopening places of worship cnn.com/2020/05/26/us/â€¦
CNNBelief