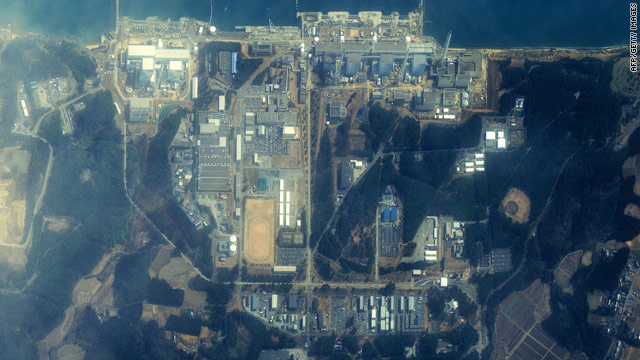 Daiichi does - a massive structure of concrete and steel that sits atop its reactors. When the reactors shut down, an emergency system pumped in water to cool the facility's fuel rods. But the system eventually failed, and so did the backup system when the tsunami hit, leading operators to use seawater to cool the fuel rods.

That doesn't make it any harder to determine the gravity of the situation. The plant's operator, Tokyo Electric Power Company, has been preaching calm, saying that radioactive leaks can be averted. But the company's track record makes it seem less than forthright, critics say.

"The history of Japan's nuclear industry and the government, that is very closely tied with the industry, is less than glorious in regards to public information and full disclosure, and what is going on now is actually an illustration of that," says Arjun Mahkhijani, president of the Institute for Energy and Environmental Research.

In 2002, TEPCO's president and four executives resigned after it was revealed that repair and inspection records had been falsified.

"It was discovered that TEPCO had  covered up incidents of cracking in an important piece of equipment with the reactors' vessels of all its reactors, and as a result, they were forced to close down all 17 reactors," says Philip White of the Citizens Nuclear Information Center.

Then, in 2007, after a 6.8-magnitude earthquake, TEPCO told the public the plant had suffered a minor fire and leak of a gallon's worth of radioactive water. It later turned out the fire had burned for two hours and hundreds of gallons of radioactive water had leaked into the sea.

"There's a pattern that has emerged that TEPCO isn't frank, and deliberately covers up to protect its own interests," White says.

Meanwhile, the focus in the United States has shifted to how Japan's situation bodes for domestic nuclear energy development. Lobbyists are hard at work in Washington to assuage fears that America's nuclear plants - some of which rely on the same backup power for cooling systems that failed in Japan - are unprepared for disasters of similar magnitude.

"We're trying to make sure people understand exactly what's occurring, understand the context in which they're going to be making decisions in the future about the way Congress wants to treat nuclear energy," says Alex Flint, a lobbyist for the Nuclear Energy Institute.

"The (Nuclear Regulatory Commission) has its own schedule and they will be looking very closely at developments in Japan," he said Tuesday. "I think we're in good hands."