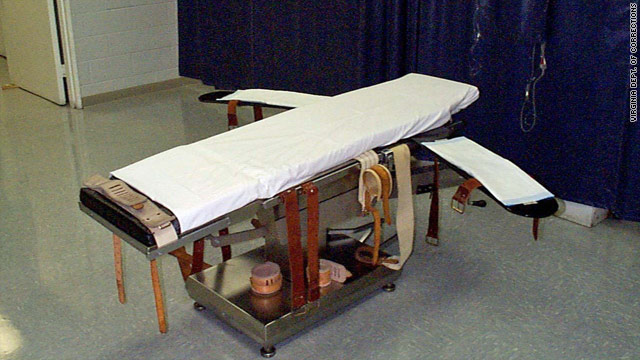 States that use lethal injection are in short supply of thiopental, one of the key drugs in the process.
March 16th, 2011
09:03 AM ET

Federal officials have seized Georgia's supply of a drug used in executions while they investigate whether it was imported legally, the Atlanta Journal-Constitution reported Wednesday.

Spokespeople for the Drug Enforcement Administration and the Georgia Department of Corrections told the newspaper the state's supply of thiopental had been seized.

Thiopental is available only from international sources, since the drug's sole U.S. manufacturer, Hospira, stopped making the sedative in 2009. But the countries where the drug is made do not allow its export if it is going to be used for capital punishment, the Journal-Constitution reported.

Thirteen states wrote a letter to the Justice Department seeking help in obtaining the drug. Georgia was not among them.

Six death-row inmates have sued to prevent the Food and Drug Administration from importing thiopental, and last month one inmate's lawyer wrote to Attorney General Eric Holder to question how Georgia obtained its supply.

The letter from lawyer John Bentivoglio said the Georgia Department of Corrections is not registered to import drugs and accused the department of failing to submit a declaration to the DEA when it imported thiopental last year, the Journal-Constitution reported.

Corrections spokeswoman Kristen Stancil told the paper the department sought the DEA's help "to make sure that the department was in compliance with the way we handled controlled substances."

Georgia has no executions scheduled.