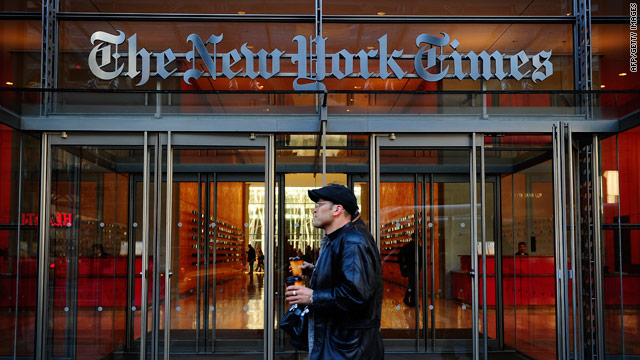 Four journalists for The New York Times are missing in Libya, the newspaper said Wednesday on its website.

The Times said the missing journalists are Anthony Shadid, the paper's Beirut bureau chief and two-time Pulitzer Prize winner; Stephen Farrell, a reporter and videographer who was kidnapped by the Taliban in 2009 and rescued by British commandos; and two photographers, Tyler Hicks and Lynsey Addario.

A seesaw for kids on the US-Mexico Border has won the 2020 Beazley Design of the Year award. The installation consâ€twitter.com/i/web/status/1â€¦w6
cnni