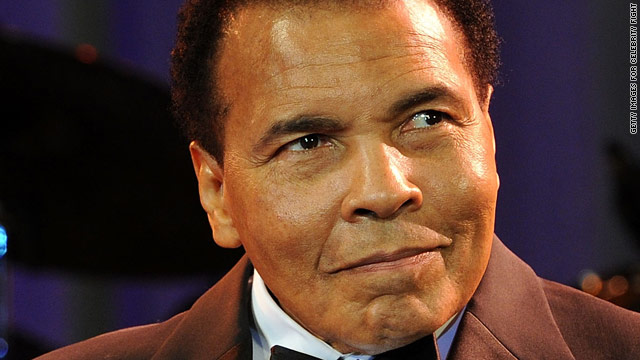 Muhammad Ali made an impassioned plea as a "brother in Islam" to Iran's supreme leader for the release of two American hikers who have been held in the country since July 2009.

Josh Fattal and Shane Bauer were detained along with friend Sarah Shourd on accusations of spying and trespassing after they allegedly strayed across an unmarked border into Iran while hiking in Iraq's Kurdistan region. Fattal and Bauer's espionage trial began in February without Shourd, who was released on bail in September 2010 because of a medical condition and immediately left the country. She has not responded to a court summons to return to stand trial, and authorities have said she will be tried in absentia.

In a brief letter to Ayatollah  Sayyid  Ali  Khamenei, Ali, a devout Muslim, asked the Supreme Leader to show the same compassion to Fattal and Bauer that was bestowed upon Shourd.

The three-time world heavyweight champion changed his name from Cassius Clay to Muhammad Ali after he joined the Nation of Islam in the 1960s. He converted to Islam in 1975.

The men's families released a statement thanking Ali for his support.

"We are deeply grateful to Mr. Ali and the many other people around the world who know that Shane and Josh absolutely do not deserve to be in prison. We hope and pray that Iran hears this appeal and responds with compassion. It is time for this nightmare to end."

All three have pleaded not guilty. Fattal and Bauer, both 28, are being held in Iran's notorious Evin prison. Their trial will resume May 11, the state-run Islamic Republic News Agency reported Sunday, citing the head of the Justice Ministry.