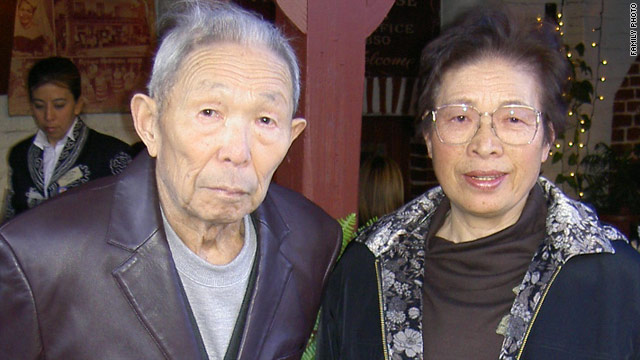 Editor's note: CNN reporter Sandra Endo has relatives in Fukushima, Japan, one of the areas hit hardest by Friday's 9.0-magnitude earthquake and tsunami. Here, she writes of her relief on learning they're alive, and about her concerns about their proximity to a distressed nuclear power plant.

First it was the quake, now the radiation. The joy of finally hearing from my family in Fukushima after worrying for days is slowly becoming tepid.

My family in Los Angeles and I first heard from my 90-year-old grandmother, who lives in Fukushima City, on Tuesday night. We spent restless days and worrisome nights wondering how she was doing, wanting to hear her voice and find out her condition. We put all our faith in one text message that my cousin in Hiroshima received the night of the quake, saying that our family in Fukushima was accounted for, but what did that mean?

Besides my grandmother, my two aunts, two cousins and their four toddlers live 50 miles from the dangerously unstable Fukushima Daiichi nuclear power plant. They took in my cousin's in-laws, who live just 10 miles from the plant.

Fukushima City is my father‚Äôs hometown. It‚Äôs a place where I spent summers playing in the streets with my cousins, going to the local ice cream shop and getting free firecrackers from neighbors during the summer festival season. It's where everyone knew whose kid you were and what shop your family ran for generations.

We were so happy to hear they all survived despite their grim stories of seeing neighbors' homes flattened, bodies being pulled from rubble and the scarcity of food and gas. Luckily, they recently installed a new water pump, which withstood the massive quake. My family was providing water for the community, because many were without.

They told us they were sealing off their house as best they could to prevent radiation from seeping in. That meant patching up one wall of the house that collapsed during the quake. The broken dishes, glass and strewn furniture didn‚Äôt matter, because all that could be replaced or¬Ýcleaned. Now the worry is the radiation.

On Thursday, the U.S. Embassy in Japan issued an evacuation notice¬Ýfor Americans who live 50 miles from the power plant; officials found traces of radiation in the tap water in Fukushima. My family lives within that zone with no way¬Ýand no place to move.

The fear is even taking hold in Tokyo, hundreds of miles south of Fukushima, where people are trying to get out of the country.

With the gas shortage, only emergency crews are fueling up, so driving is not an option for my family. My grandma says evacuation centers are already filled.

With the patience and spirit only a 90-year-old could have, she says she will wait, stay in her hometown and make the best of it. She says she‚Äôll celebrate life, not worry about the possible danger that lurks. She tells me she‚Äôs glad I‚Äôm not there and CNN crews have left the area; she says it‚Äôs safer that way. But I say: Grandma, there‚Äôs no place I‚Äôd rather be.

10:40 am ET November 27, 2021 RETWEET
Adele has made another record-breaking return to the charts, as her latest album "30" claims the title of fastest-s‚Ätwitter.com/i/web/status/1‚Ä¶uV
cnni