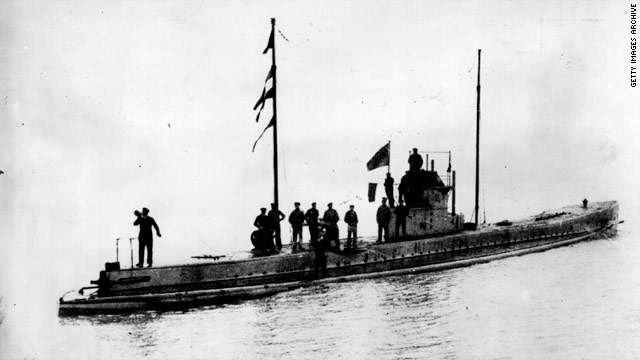 Dutch researchers found the wreck of a World War I German submarine in 2009 but kept the discovery secret until this week, Radio Netherlands Worldwide reported.

The crew of the research ship HNLMS Snellius hoped they'd found a Dutch submarine that disappeared in 1940, but the vessel turned out to be much older. A brass plate indicated the sub was the German U-106, which sank during World War I, the radio report said.

The announcement of the discovery was delayed while German officials confirmed the sub's identity and sought out relatives of crew members, according to the radio report.

A Dutch navy spokesman told Radio Netherlands the U-boat would not be raised but would be designated a war memorial.