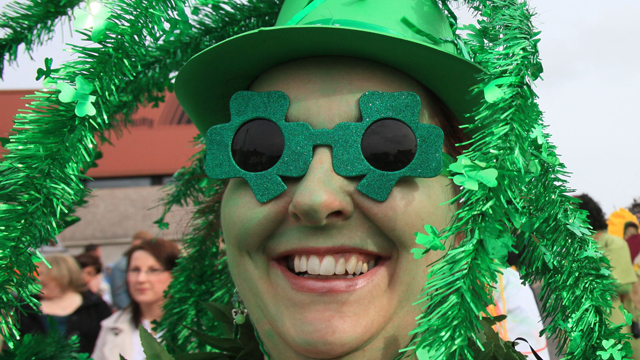 It's St. Patrick's Day, and everyone is feeling a little Irish today.  CNN.com Live is there as we cover the Irish prime minister's trip to Washington.  We're also your home for the latest news from Japan.

8:30 am ET - Irish PM meets with Biden - He's only been in office a few days, but Irish Prime Minister Enda Kenny is already being treated like a VIP.  He begins his day at Vice President Biden's Naval Observatory home for a breakfast in his honor.

9:00 am ET - House considers NPR funding - The future of National Public Radio has been a volatile issue on Capitol Hill in recent months.  Today, House lawmakers are expected to vote on a bill that would bar federal funding for NPR.

9:30 am ET - U.S. Geological Survey budget hearing - You may know the USGS as the agency that tells us how powerful an earthquake was, but it happens to do much more.  Learn more about the USGS during a budget hearing for the agency.

12:30 pm ET - White House briefing - The crisis in Japan and the Libyan civil war are expected to top Jay Carney's agenda during his daily briefing with the White House press corps.

2:30 pm ET - Catastrophic preparedness hearing - The crisis in Japan has caused some to wonder if the United States could handle a similar disaster.  The Senate Homeland Security Committee asks that question and more to FEMA.