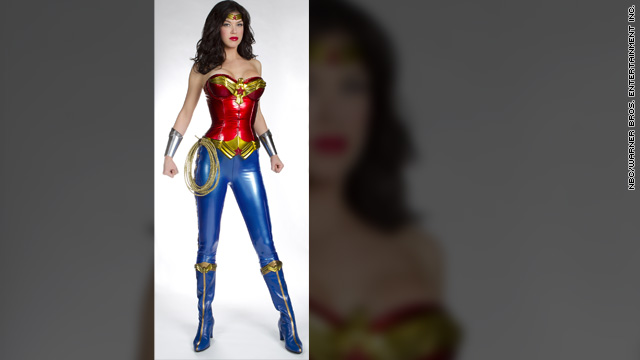 U.S., allies strike Libya: Explosions and anti-aircraft fire thundered in the skies above Tripoli early Sunday, but it was not clear whether they resulted from another round of cruise missile attacks by allies determined to stop Moammar Gadhafi's offensive against Libyan opposition forces.

Radiation found in food as crisis continues: As workers scrambled to curb a nuclear crisis Sunday, the Japanese government considered halting the sale of food from farms near the Fukushima plant after abnormally high levels of radiation were found in milk and spinach.

Libya civil war live blog: The latest developments on the situation in Libya, where the government declared a cease-fire Friday after the United Nations voted to impose a no-fly zone in Libya. 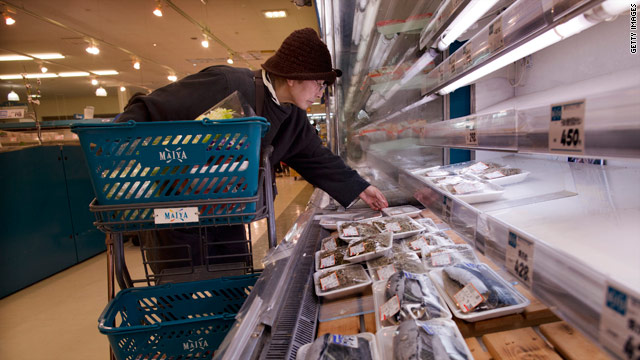 [10:45 p.m. Saturday, 11:45 a.m. Sunday in Tokyo] Construction of temporary housing for displaced people began this weekend with 200 units destined for the devastated coastal city of Rikuzentakata, Iwate Prefecture, The Japan Times reported. The prefabricated houses can accommodate two to three people and will be built on the grounds of a junior high school.

[7:18 p.m. Saturday, 8:18 a.m. Sunday in Tokyo] As Japan starts its day Sunday, concerns remain on the impact of radiation after trace amounts were found in spinach and milk near the Fukushima Daiichi nuclear plant. Meanwhile, searches continue for nearly 12,000 missing, and more than 7,600 people have been confirmed dead.

END_OF_DOCUMENT_TOKEN_TO_BE_REPLACED 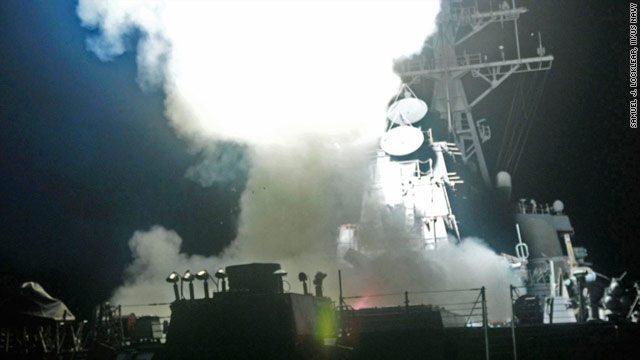 The latest developments on the situation in Libya, where the government declared a cease-fire Friday after the United Nations voted to impose a no-fly zone in response to weeks of bloody clashes between forces loyal to Moammar Gadhafi and rebels. Read our complete story and check out our full coverage on unrest in the Arab world. Also, don't miss a gripping, high-resolution gallery of images from Libya.

After being shaken from her sleep around 2:20 a.m., she said she heard gunfire and went to the roof of her building to observe.

"Then I heard the second explosion," she said. She saw fire rising up from the direction of Mitiga Airport, formerly known as the U.S. Wheelus Air Base.

She also said that people continue to live in fear of Gadhafi. "They're afraid to come out because when they do, he attacked them very, very severely," she says. "This is putting terror in all neighborhoods."

[9:30 p.m. ET, 3:30 a.m. in Libya] State TV in Libya reported early Sunday that 48 people were killed and 150 injured in coalition airstrikes. CNN was not immediately able to independently confirm the report.

[9:20 p.m. ET, 3:20 a.m. in Libya] Britain's Royal Air Force the RAF has launched Stormshadow missiles from a number of Tornado GR4 fast jets as part of a series of coordinated coalition strikes against Libya, the Ministry of Defense said.

"We made clear that if Gaddafi did not comply with the UN Security Council Resolution 1973, it would be enforced through military action. Our Armed Forces have therefore participated in a co-ordinated international coalition strike against key military installations," defense secretary Liam Fox said in a statement.

"The fast jets flew 3,000 miles from RAF Marham and back making this the longest range bombing mission conducted by the RAF since the Falklands conflict," he said. "HMS Westminster is off the coast of Libya and HMS Cumberland is in the region ready to support operations. Typhoon aircraft are also standing by to provide support."

END_OF_DOCUMENT_TOKEN_TO_BE_REPLACED 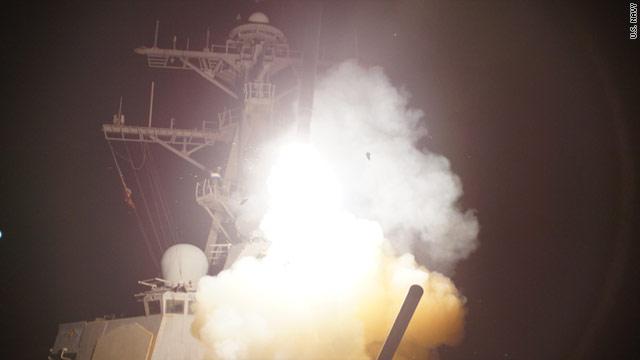 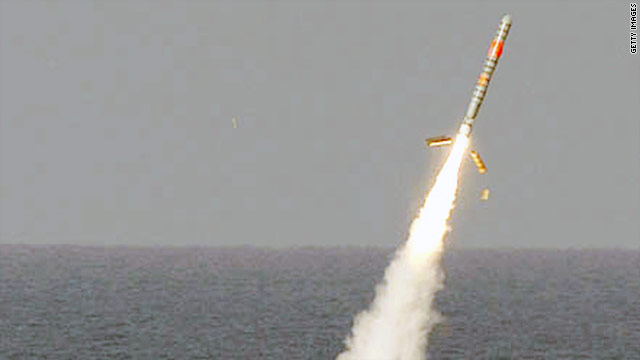 The Tomahawk cruise missiles that were launched Saturday against Libya are unmanned, single-use, programmable jet-engine missiles used only by the U.S. and British navies.

They fly very close to the ground, steering around natural and man-made obstacles to hit a target that is programmed into them before launch. Newer versions can be reprogrammed in flight but in this case that was not done, at least not yet.

Tomahawks, developed in the 1970s, were first launched operationally by the United States during Operation Desert Storm in 1991. They are about 18 feet long with a wing span of nearly 9 feet, and they can fly at about 550 mph. Regarding Saturday's strikes against Libya, Vice Adm. William E. Gortney, director of the Joint Staff,Â said the missiles were in flight for about an hour, so they were likely fired several hundred miles from their targets. 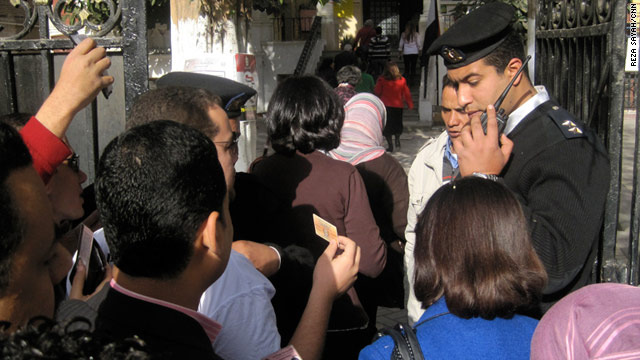 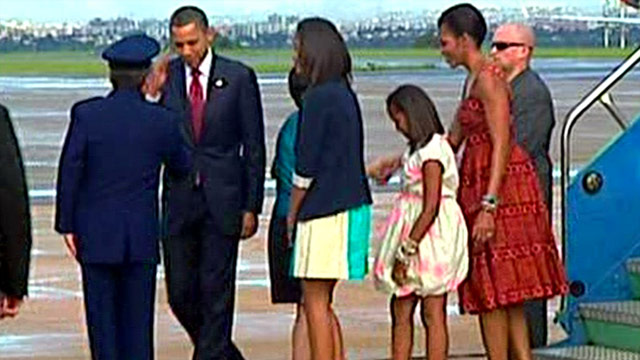 The first family left Friday night for stops in Brazil, Chile and El Salvador, where the president will meet with the leaders of each country to discuss trade and the global economy. It will be his first visit to the three countries and a chance to talk about hemispheric challenges.

The trip is designed to help "strengthen our economic relationship with neighbors who are playing a growing role in our economic future," Obama said Friday in an op-ed published in USA Today.

Former Secretary of State Warren Christopher died Friday at 85 from complications of kidney and bladder cancer, his family said.

END_OF_DOCUMENT_TOKEN_TO_BE_REPLACED 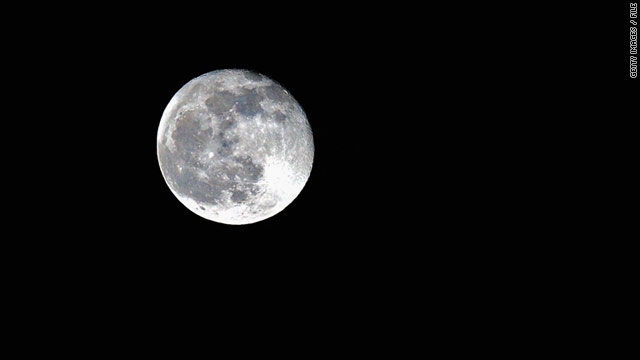 Amid Libya 'ceasefire,' violence in Misrata: Libya on Friday called for international observers to come and verify a cease-fire that witnesses say has failed to halt deadly fighting.

Japan crisis at 3 Mile Island level, agency says: The owner of the stricken nuclear power complex in northeastern Japan said Saturday that it will hike the radiation exposure limit for its workers at the plant from 100 millisieverts per shift to 150 millisieverts, Japan's public broadcaster NHK reported.

Japan quake live blog: The latest development on the aftermath of a magnitude 9.0 earthquake that hit northern Japan on March 11, causing widespread devastation and crippling a nuclear power plant.

Bahrain demolishes monument, site of protests: The arrest in Bahrain of several prominent opposition figures has left the United States "deeply troubled," according to a statement Friday from the State Department. 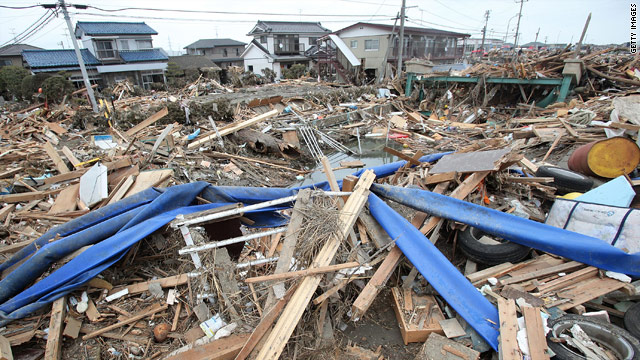 Yasue Schumaker spoke to CNN last Saturday from inside a hospital in Sendai, Japan, where damage from the quake is extensive.
March 19th, 2011
12:02 AM ET

Update: Quake survivor in Sendai gets help from unusual sources

A survivor of last week's earthquake and tsunami in Japan who made a tearful plea for help on CNN is getting by on help from an extended network of friends and family.

Yasue Schumaker was marooned in a hospital in Sendai with her mother when CNN interviewed her March 12.

"We're in an emergency, please help us," said Schumaker, a resident of Hawaii who had returned to Sendai to help care for her ailing mother. "Somehow, we can hang in there, I hope. We don't have any electric, water, gas ... but please, help the people who lost their homes and the people on top of the buildings asking for help."