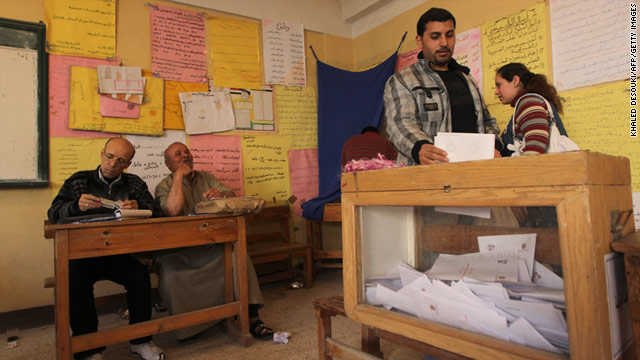 Egyptian voters overwhelmingly approved proposed constitutional amendments that pave the way for parliamentary elections in June, according to the head of the judicial committee overseeing the referendum.

"We are proud of the Egyptian people for deciding their own destiny," Judge Mahmoud Atiya said Sunday. "We assure the world that the March 19 referendum was fair and transparent at all stages."