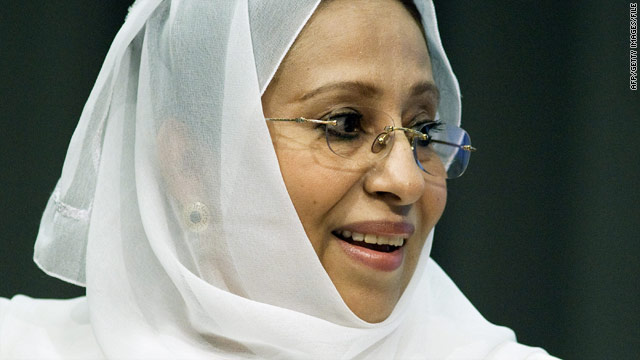 Yemen's human rights minister resigned from her position Saturday after 44 demonstrators were killed in clashes with the government. Al-Ban said the Yemeni government committed a "horrible, cowardly, and perfidious crime." Others have resigned from their posts as well, including Yemen's ambassador to the United Nations and the head of the state news agency who is also a member of the ruling party.

The head of Tokyo Electric Power Co. has reportedly not appeared in public in a week, raising questions about whether he has control of the nuclear crisis in the country. The 66-year-old has not yet visited the Fukushima Daiichi plant in north Japan which is spewing radioactive smoke.  It was damaged in the March 11 earthquake and tsunami. Three hundred workers are struggling to cool the reactors. According to Reuters, Japan’s Prime Minister Naoto Kan was overheard asking TEPCO executives, “What the hell is going on?” On Monday another reactor began emitting smoke at the plant, making it the third reactor, a nuclear official said. Workers had been trying to stop two other reactors from smoking, including a reactor that has fuel containing a small percentage of plutonium mixed with the uranium in its fuel rods which experts say could cause more harm than regular uranium fuels in the event of a meltdown. CNN.com is live blogging the crisis in Japan.

The 26-year-old Ethiopian braved one of the worst storms ever to hit on marathon day in Los Angeles, California, and ran away with first place, and a record win on Sunday. Geneti shocked everyone even more because he had The win was all the more impressive because Geneti had never raced a marathon before - 26.2 miles. He ran through shin-deep puddles in 2 hours, 6 minutes, 35 seconds, breaking the race record by almost two minutes, according to the L.A. Times.  The weather proved tough for other competitors. Many were taken to the hospital and treated for hypothermia, officials said.