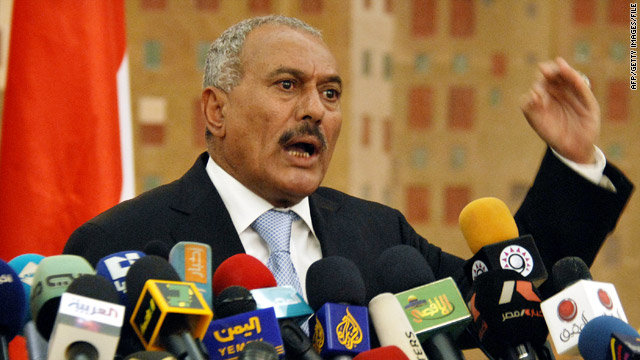 Yemeni president mulling deal that would have him stay through 2011

Yemeni President Ali Abdullah Saleh and a top military general are discussing a deal for a peaceful transition of power that would allow Saleh to stay in place for the rest of the year, a Yemeni official and senior U.S. official said Monday.

The general, Maj. Gen. Ali Mohsen al-Ahmar, declared his support Monday for ongoing anti-government protests in Yemen and said he will order his troops to protect civilians demonstrating against Saleh.

Saleh, a key United States ally as al Qaeda turns his country into a base, has been under increasing pressure after a government crackdown on protesters that left 52 people dead on Friday. Saleh, who expressed his "deep regret" over the casualties, dismissed his Cabinet on Sunday.