NY Gov. Cuomo denies conduct detailed in sexual harassment report, saying "the facts are much different than what hâ€twitter.com/i/web/status/1â€¦Jy 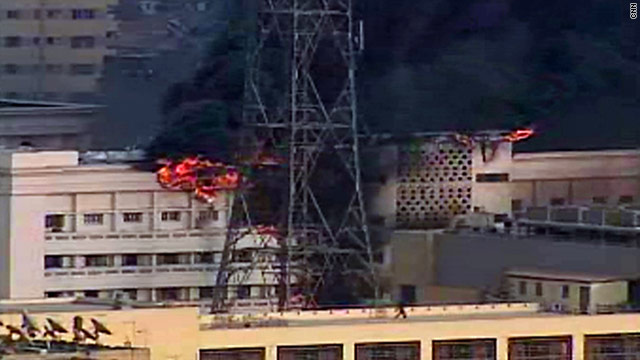 The Egyptian Interior Ministry was on fire Tuesday in downtown Cairo following a protest earlier in the day.

Flames could be seen on the roof of the multi-story building, and a dark plume of smoke loomed over the city. People could be seen fleeing the building as it burned.

The ministry was the site of a peaceful protest Tuesday morning and afternoon, with thousands of ministry employeesÂ  - many of them police officers - making demands, mainly for higher wages. But protesters at the building denied setting the fire, saying it originated inside.