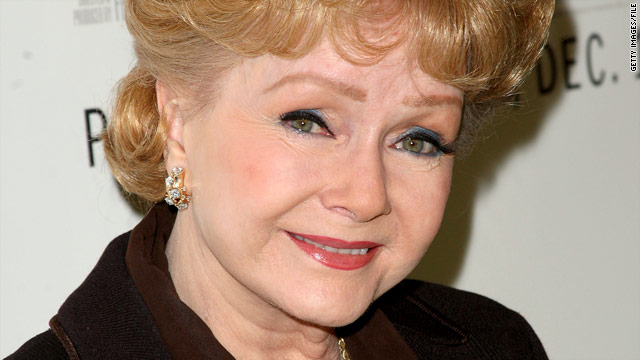 Thursday's Most Intriguing People: A generous doc, a forgiving actress

NORMAN LEVAN
The retired physician is being called "Bakersfield College's $14 million man." Levan gave the California school the largest known gift to a community college in U.S. history, according to KGET. Administrators were floored by the generous act. "We're staring down these budget scenarios that are just absolutely frightening and potentially devastating to our students," said Amber Chiang, spokeswoman for Bakersfield College.

Levan, who amassed a fortune through investments, is a dermatologist who used to treat former college President John Collins. The Bakersfield Californian said he has made massive donations to other higher education institutions around the world.

Levan's thoughts on his gift: "Relieved! I'd hate to die rich!"

DEBBIE REYNOLDS
The legendary actress shared profound — and often blush-worthy — insights about the late Elizabeth Taylor on Wednesday night during an exclusive interview with HLN's Joy Behar. Reynolds last spoke to Taylor two weeks ago, she said, adding that the actress was in great pain before her death. Reynolds also cherished their longtime friendship, which survived a scandal that made them the Jennifer Aniston and Angelina Jolie of their era.

"No one could equal Elizabeth's beauty," Reynolds said. "Women liked her, and the men adored her — I know, because my husband left me for her." In 1959, singer Eddie Fisher left Reynolds and her two young children, Todd and actress and novelist Carrie Fisher, for Taylor.

"Elizabeth and I were able to get all past that," Reynolds said. "She did a really nice creation with her life. She went on to work for AIDS (to) become very charitable, (and) get off the path of man-hunting."

On Wednesday, NASA abruptly canceled several one-on-one media interviews that were to occur Thursday in Houston with the space shuttle commander. Kelly said he was concerned that the questions would focus not on the upcoming Endeavour launch but on the condition of his wife, Rep. Gabrielle Giffords.

Giffords is undergoing rehabilitation after being shot in the head January 8 at an event in Tucson, Arizona. Six other people, including a federal judge and a 9-year-old girl, were killed. Previous interviews with Kelly's brother and fellow astronaut Scott Kelly have focused on Giffords, a NASA spokeswoman said.

Kelly will appear with the other crew members during a news conference at 3 p.m. ET, which CNN will air live.