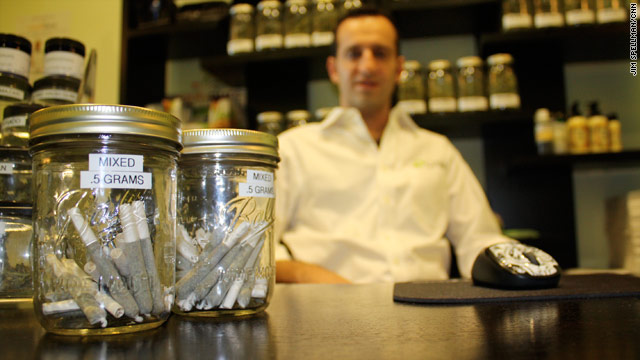 He floated the idea of raising money for Japan on his dispensary’s Facebook page and got a dozen "likes" right away. He knew immediately that he could use his dispensary to raise money. Thus was born "Joints for Japan."

"What we're going to do is take all the revenue from the hand-rolled medicine, 100% of it, from this weekend and potentially for the next few weeks … and we're going to donate it to the Red Cross," Gindi said.

The most difficult part of the endeavor has been coming up with the fundraiser's name. Gindi’s business is legal under Colorado law. He pays taxes and has 18 full-time employees. But the industry still struggles for respectability.

"In Japan every day, the number of lives lost jumps up. Whatever we can do to help out, we’d like to do."