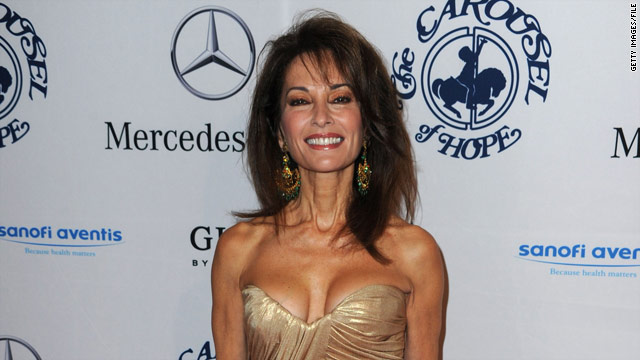 The star of ABC’s "All My Children" has played Erica Kane since the show kicked off in 1970. Now, according to industry blog Deadline.com, the 41-year-old soap opera may be facing cancellation. Ratings are reportedly at an all-time low in the 18- to 49-year-old women demographic, and they're down 34% from last year. The fate of Lucci and the rest of the show's cast could come as early as this fall, Deadline reports.

Members of the grunge band Hole will publicly reunite Monday evening at the premiere of the rockumentary “Hit So Hard,” which is told from the point of view of drummer Schemel, according to indieWIRE. New York's Museum of Modern Art will host the screening. The film is being described as an “unprecedented inside look at the one of the '90s' most crucial and controversial groups” and includes home videos and never-before-seen footage of Hole frontwoman and guitarist Courtney Love and her husband, the late Kurt Cobain of Nirvana.

He is called the leader of "the world’s best tax law firm": the tax department at General Electric. According to The New York Times, Samuels not only led an effort to rid the corporation of federal taxes in 2010, but actually claimed a $3.2 billion refund for the company. Samuels, who's known for his bow ties, is a visiting lecturer at Yale University Law School. From 1976 to 1981, he was a senior official at the U.S. Treasury Department.