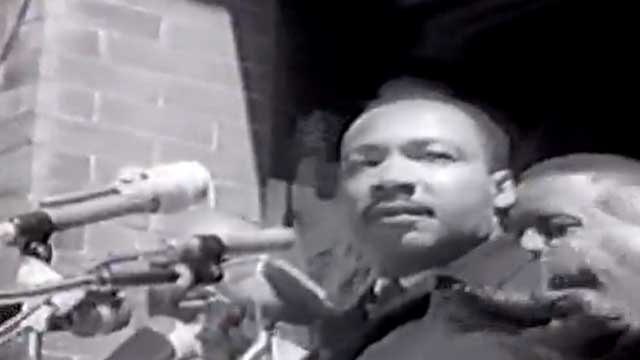 Today's Gotta Watch video is a potpourri of celebration, history, and architecture.

Nonviolence changes a nation – It was 46 years ago that the Rev. Martin Luther King Jr. led the Selma-to-Montgomery Freedom March. The event went down in history as not only a turning point in the civil rights movement but also one of the most successful acts of nonviolent protests. The event remains relevant today because of its historical significance and because of the many parallels between the movement and today's events in the Middle East, as Nicolaus Mills points out here.

Skyscrapers in Rome? – Architects are building Rome's first high-rise building. That's Rome, Italy. Our Richard Quest explains why the city known for its antiquities is adding some modern flare.

The French parliament adopted legislation that characterizes sex with a child under the age of 15 as rape and punis‚Ätwitter.com/i/web/status/1‚Ä¶Ud
cnni

7:50 am ET April 16, 2021 RETWEET
Millions of people around the world are expected to tune into Prince Philip's funeral service on Saturday, which wi‚Ätwitter.com/i/web/status/1‚Ä¶en
cnni