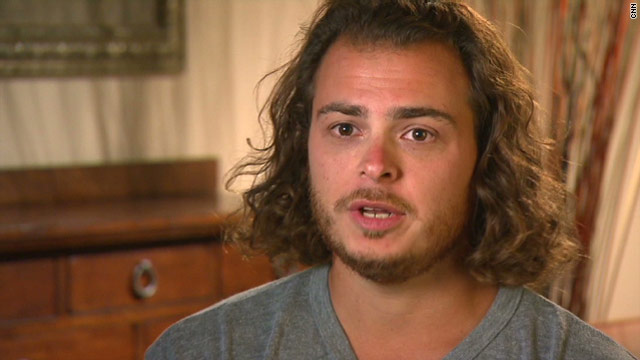 Mathew Miller's interest in Islam came about while questioning his own beliefs.
March 25th, 2011
11:39 PM ET

Water radiation spurs leakage fears: Authorities in Japan raised the prospect Friday of a likely breach in the all-important containment vessel of the No. 3 reactor at the stricken Fukushima Daiichi nuclear power plant, a potentially ominous development in the race to prevent a large-scale release of radiation.

Docs operate without anesthesia at hospital: For days, the wounded just kept coming to the 60-bed central hospital in Misrata, a city under siege from forces loyal to Libyan leader Moammar Gadhafi. But there were no empty beds, no electricity - only generator power. No anesthesia or painkillers.

Christian to Muslim - A change of faith: The actual conversion was brief. It only involved one sentence: ŌĆ£I bear witness that there is no God worthy of worship but God, I bear witness that Mohammed is the messenger of God.ŌĆØ For 30-year-old Mathew Miller, those words represented the culmination of a long religious transformation from Christianity to Islam.

A concerned evangelical's open letter to Charlie Sheen: As one of your 3 million Twitter followers, IŌĆÖve given you the ability to speak into my life in 140 characters or less, so I figure the least I can do is return the favor. IŌĆÖm asking you to put away the Tiger Blood T-shirts and pull back from the Hollywood media blitz long enough to consider the following.

5:15 am ET December 5, 2021 RETWEET
From London's Hyde Park Winter Wonderland to the Winter Village in New York, here's a rundown of the Christmas markŌĆtwitter.com/i/web/status/1ŌĆ”lf
cnni

5:00 am ET December 5, 2021 RETWEET
Art has always had the power to be dangerous. But a newly opened art museum is taking that to another level. cnn.it/3pLgcr1
cnni

4:15 am ET December 5, 2021 RETWEET
Rover.com released its ninth annual report on the year's most popular pet names, which include thoseŌĆtwitter.com/i/web/status/1ŌĆ”aD
cnni