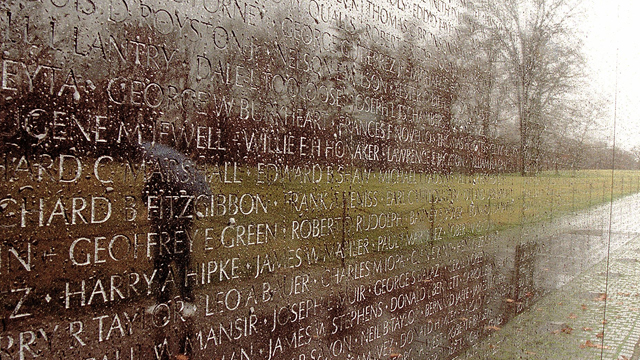 1984: Geraldine Ferraro announces vice presidential bid –Â Geraldine Ferraro passed away today at the age of 75 due to complications from multiple myeloma, a blood cancer that she had battled for 12 years, according to a statement released by her family. In 1984, Ferraro was the first female vice presidential candidate from a major U.S. political party when she ran with Democratic presidential candidate Walter Mondale. In 1978, she was elected as a U.S. representative for the 9th Congressional District of New York and was re-elected in 1980 and 1982. Between 1996 and 1998, she was a co-host on CNN's Crossfire. She is survived by her husband, her three children and their spouses, and eight grandchildren.

Heaven's Gate suicides remembered – In late March, 1997 members of the Heaven's Gate cult committed suicide over the course of a few days. The 39 members died in shifts, with some members helping others take a lethal cocktail of phenobarbital and vodka before downing their own doses of the fatal mixture. Police found an eerily placid and orderly scene on March 26. Heavens Gate members believed that Hale-Bopp, an unusually bright comet, was the sign that they were supposed to shed their earthly bodies or containers and join a spacecraft traveling behind the comet that would take them to a higher plane of existence. Heaven's Gate member Rio DiAngelo talks to CNN's Dan Simon about discovering the scene of the 1997 mass suicide.

An art gallery has apologized for exhibiting a video in which an artist filmed passing women, before giving them aâ€twitter.com/i/web/status/1â€¦vM
cnni

4:20 pm ET June 19, 2021 RETWEET
The Australian region of Gippsland has encountered a phenomenon known as ballooning, in which spiders move to higheâ€twitter.com/i/web/status/1â€¦qB
cnni

4:15 pm ET June 19, 2021 RETWEET
Norwegian golfer Viktor Hovland was forced to withdraw from the US Open on Friday after getting sand in his eye. cnn.it/3gLVl27
cnni

4:00 pm ET June 19, 2021 RETWEET
It's going to take a lot more than a week-long visit to fully repair the damage done by four years of erratic hostiâ€twitter.com/i/web/status/1â€¦p4
cnni