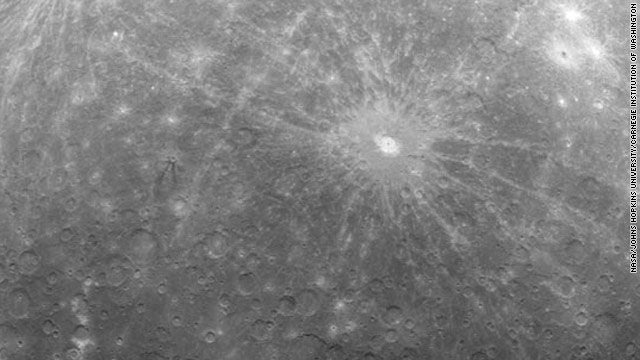 The dominant rayed crater in the upper portion of the image is Debussy, according to NASA. The smaller crater, Matabei, with its dark rays, is visible to the west of Debussy. The bottom portion of the full image, which can be seen here,  is near Mercury's south pole and includes a region of Mercury's surface not previously seen by spacecraft.