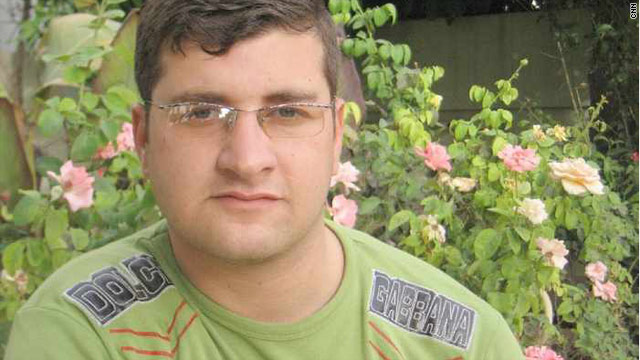 Remembering a fallen colleague in Iraq

At least 56 people were killed Tuesday and 98 others wounded when a gang of men attacked an Iraqi government building in the northern city of Tikrit. Among those killed in the attack was Sabah al-Bazee, a freelance journalist who worked for a number of news organizations, including CNN. Producers Mohammed Tawfeeq, Yousif Bassil and Jomana Karadsheh wrote the following tribute to Sabah, who turned 30 one week ago:

Sabah al-Bazee was one of the many brave Iraqi journalists whose courage and skills made him one of the best local reporters in the deadliest war for journalists since World War II.

Sabah would always want to joke and make us laugh. Even when you would wait for him to pick up the phone, you would get a recorded joke.Â He was one of the most outgoing and proactive stringers we had. Most of the time, Sabah would call and give us the news before weâ€™d call him asking about it.

Jomana remembers a trip to a U.S. military base in Tikrit in 2008, where she met up with Sabah. Because this was in his province, Sabah displayed the renowned Iraqi hospitality. After lunch, he grabbed some fruit and put it in Jomana's bag. She did not find it until hours later, when she got back to Baghdad.

While Iraq today is not the Iraq of three or four years ago, it still is a place where hundreds are killed and wounded every month. It is still a place where you can leave your home in the morning and never come back. Just like Sabah did today.

Today, we mourn a colleague and a friend - yet another one.

One of the Earth's longest-flying spacecraft has detected a "persistent hum" beyond our solar system, according toâ€twitter.com/i/web/status/1â€¦Cf
cnni

3:31 am ET May 12, 2021 RETWEET
Online supermarket Ocado wants to get your groceries much faster than humanly possible. In its warehouse, 3,000 robâ€twitter.com/i/web/status/1â€¦Lw
cnni

3:24 am ET May 12, 2021 RETWEET
Authorities are searching for a seven-year-old boy who disappeared while at a Texas beach with his family Tuesday nâ€twitter.com/i/web/status/1â€¦Ah
cnni

3:00 am ET May 12, 2021 RETWEET
An unusual fish with teeth as sharp as glass and a body shaped like a football washed ashore on a California beachâ€twitter.com/i/web/status/1â€¦80
cnni