NY Gov. Cuomo denies conduct detailed in sexual harassment report, saying "the facts are much different than what hā€twitter.com/i/web/status/1ā€¦Jy

Two employees were injured during an early morning workplace shooting at a Smile Direct Club in Antioch, Tennessee.ā€twitter.com/i/web/status/1ā€¦0D 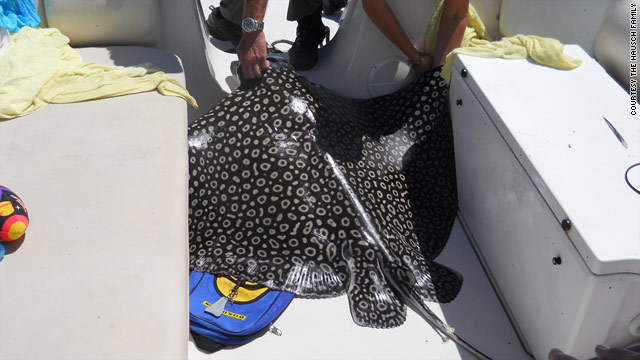 Eagle ray pins woman in boat: An eagle ray weighing as much as 300 pounds landed on top of a woman on a boat in the Florida Keys last week, throwing her to the deck and pinning her underneath it.

Pilot finds hole in plane's fuselage: FBI investigators were working Tuesday to discover what caused a small hole in the body of a US Airways jet.

Girl, denied access to U.S., will try again: A 4-year-old U.S. citizen who was unable to enter the country this month because of a possible communications mix-up is expected to attempt the journey again on Wednesday, according to her lawyer.

American students a no-show in Acapulco: Folk musician Raymundo Oregon knows Acapulco's seasons and the tourists. He's seen the good times and the bad, and this is definitely a low point for his beloved coastal city.

Explosions in Tripoli, 'carnage' in Misrata: Forces loyal to Libyan leader Moammar Gadhafi went on the attack Tuesday, pushing opposition fighters back to the outskirts of a key oil town, rebels said.

They traveled by the thousands to arrive here from Haiti, Venezuela, Chile, Brazil, and even further, from Ghana, Mā€twitter.com/i/web/status/1ā€¦2h
cnni

3:35 pm ET August 3, 2021 RETWEET
US hammer thrower Gwen Berry says she is "ready to change some stuff for real" after raising her fist before the woā€twitter.com/i/web/status/1ā€¦Z5
cnni

3:11 pm ET August 3, 2021 RETWEET
Microsoft said Tuesday that employees, vendors and guests entering Microsoft's buildings in the US will be requiredā€twitter.com/i/web/status/1ā€¦jn
cnni