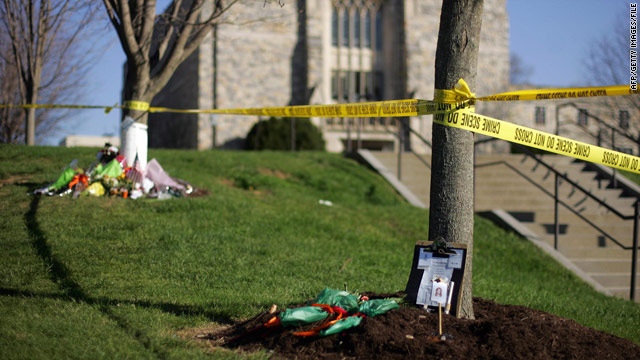 Virginia Tech will be fined for waiting too long to provide warnings during the 2007 shooting rampage.
March 29th, 2011
05:09 PM ET

Virginia Tech will be fined $55,000 for waiting too long to provide timely warnings about a shooter on the loose during a 2007 rampage that killed 32 people, the U.S. Department of Education said Tuesday.

A report released last year on the incident found the school in violation of The Clery Act, which requires colleges and universities to disclose information about crimes on or near their campuses.

The university said it "respectfully disagrees" with the ruling and plans to appeal.

"As we noted before, neither the Department of Education nor the Clery Act defines 'timely.' The university actions on April 16 were well within the standards and practices in effect at that time," the university said in a statement.