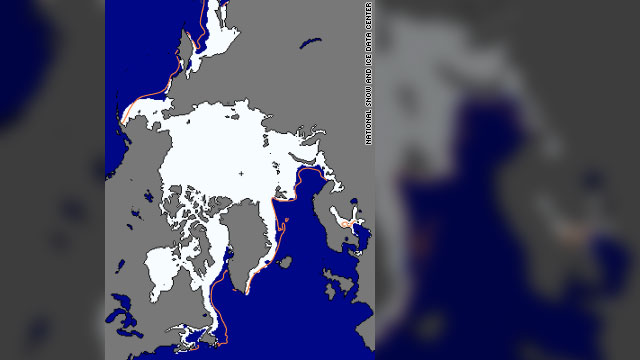 Arctic ice at winter peak is least ever measured by satellite

At its peak this winter, Arctic Ocean ice covered the smallest area since satellites started measuring it in 1979, researchers report.

Arctic sea ice probably reached its maximum extent for the year on March 7, at 5.65 million square miles, according to the University of Colorado-Boulder‚Äôs National Snow and Ice Data Center.

At its end-of-summer minimum in September, Arctic sea ice extent was the third-lowest since 1979.

Sea ice extent is the primary measure for assessing the condition of the ice cover, according to the National Oceanic and Atmospheric Administration.

The NOAA website has a time-lapse video showing how sea ice fluctuates and moves during winter.

The seven lowest measurements of end-of-winter sea ice have been recorded in the last seven years, he told Science Daily.