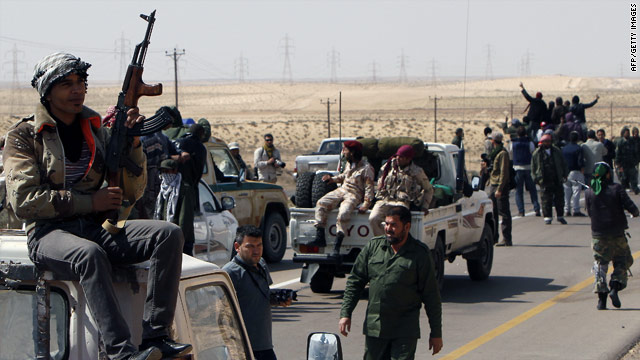 The CIA is operating in Libya to help the United States increase its "military and political understanding" of the situation, a U.S. intelligence source said.

"But yes, we are gathering intel firsthand and we are in contact with some opposition entities," the source told CNN.

"I will reiterate what the President said yesterday - no decision has been made about providing arms to the opposition or to any group in Libya," White House press secretary Jay Carney said in a statement. "We're not ruling it out or ruling it in. We're assessing and reviewing options for all types of assistance that we could provide to the Libyan people, and have consulted directly with the opposition and our international partners about these matters."

1:01 am ET August 10, 2020 RETWEET
Chris @maverickmedia1 has always tried to record the reality of what is going on around him. He's a good guy with gŌĆtwitter.com/i/web/status/1ŌĆ”Vt
sarasidnerCNN