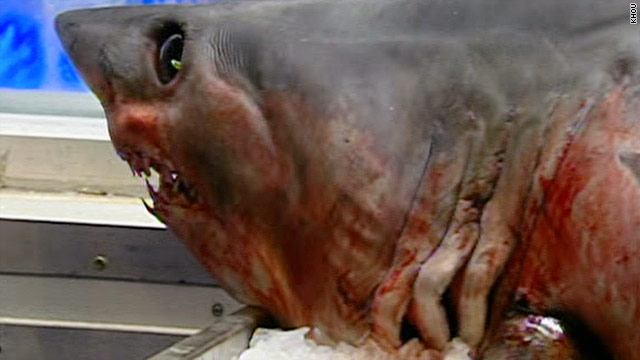 On landbigfish.com, fishing guide Dennis Dobson also provides a few ideas why free fish - those yet to taste the hook - jump. Females may be trying to loosen eggs for spawning, he says, and both sexes may be trying to rid themselves of parasites. Or, he writes tongue in cheek,  they may be just "flipping the fin" to fishermen.

If that's the case, then some fishermen have figured them out. They count on their catch leaping aboard. The book "Fish Catching Methods of the World" describes how fishermen in several countries rely on fish behavior instead of hooks and nets.

And leaping aquatic creatures aren't only found on oceans, rivers and lakes. I know this from personal childhood trauma. That goldfish gasping for oxygen on my childhood bedroom floor didn't jump from its bowl with a death wish, my parents assured me. That was just what fish sometimes did.

And while last weekend's two incidents were obvious shockers for those on board the two boats, imagine if a great white shark plopped onto your bow. That's exactly what happened to some German tourists off South Africa a few years ago. Get their view here.