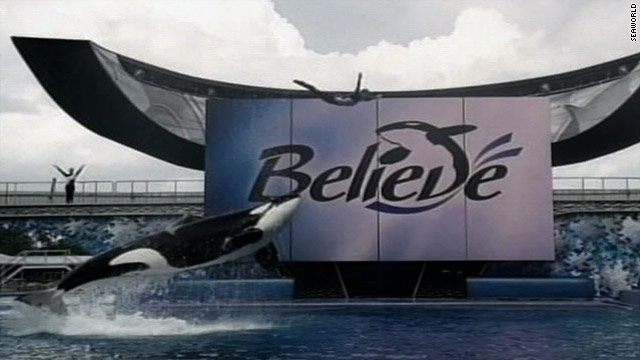 On the Radar: Killer whale's return; the state of bridges; seeing Mercury

Killer whale's return: The SeaWorld killer whale involved in the death of a trainer more than a year ago returns to the park's "Believe" show Wednesday for the first time since the death, according to media reports.

An autopsy showed Brancheau died of drowning and traumatic injuries to her body, including her spine, ribs and head.

The incident occurred at the conclusion of the park's "Dine With Shamu" event. Those shows resumed earlier this year.

The Occupational Safety and Health Administration fined SeaWorld $75,000 for three safety violations, including one classified as willful.

And a park official says Tilikum is ready to return to shows.

"Participating in shows is just a portion of TilikumŌĆÖs day, but we feel it is an important component of his physical, social and mental enrichment," SeaWorld Animal Training Curator Kelly Flaherty Clark told WESH. "He has been regularly interacting with his trainers and the other whales for purposes of training, exercise and social and mental stimulation, and has enjoyed access to all of the pools in the Shamu Stadium complex."

The nation's bridges: Nearly three years after the collapse of the I-35W bridge in Minneapolis 13 people and injured 145, Transportation for America will release a report Wednesday on the state of the nation's bridges.

"Our country is facing a backlog of deficient bridges that need repairs and maintenance to stay open and safe, with needs far greater than what weŌĆÖre currently spending," the group says in a statement leading up to the report.

The group will look at bridges in all 50 states and the District of Columbia and detail how many bridges are in urgent need of repair. Details on six states - California, Michigan, South Dakota, Florida, Illinois and Minnesota - has been previously released. The rest of the states will be cover Wednesday.

Views of Mercury: NASA is expected to release more close-up images of the planet Mercury.

The agency on Tuesday released the first image of the planet supplied by the Messenger spacecraft that was launched on August 3, 2004, and after flybys of Earth, Venus and Mercury, started its historic orbit around Mercury on March 17.

During the next three days, Messenger will acquire 1,185 more images in support of a phase to review spacecraft and instrument performance. The yearlong primary science phase of the mission will begin on April 4, during which it is expected to acquire more than 75,000 images.