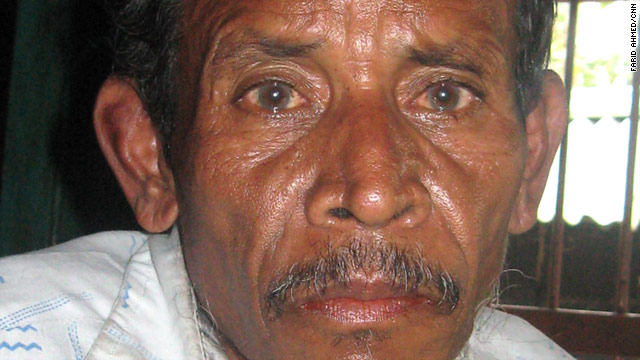 Darbesh Khan had to watch his youngest daughter being whipped for committing adultery, despite her claims of innocence.
March 30th, 2011
11:13 PM ET

Body of missing Ohio mother found: The mother-in-law of a 25-year-old woman found dead in a septic system provided investigators with details where the corpse was located, police said Wednesday.

Only 14, Bangladeshi girl was lashed to death: Hena Akhter's last words to her mother proclaimed her innocence. But it was too late to save the 14-year-old girl.

Parents sue over photos of slain daughter: The parents of a murder victim are suing Facebook after a paramedic pleaded guilty to photographing their daughter's corpse and posting the image to the social networking site, according to court documents.

High radiation levels near nuclear plant: The chairman of the Japanese company that owns the crippled Fukushima Daiichi nuclear plant said Wednesday it has no choice but to decommission four of the plant's six reactors.

Leaping sea creatures: Do we need bigger boats? Has Aquaman's telepathic message been scrambled? Are the buddies of "Jaws" seeking revenge? Actually, many ocean animals jump out of the water when either chasing prey or trying to elude a predator.