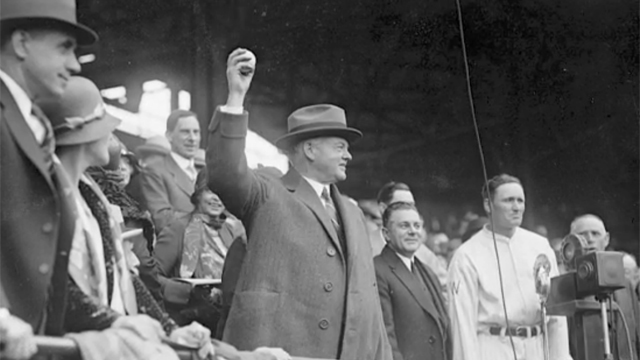 It's opening day for Major League Baseball so we're looking at a history of presidential pitches.
March 31st, 2011
11:29 AM ET

It's a throwback kind of day in more ways than one. Baseball season starts today, making it the perfect time to reflect on a century's worth of presidential pitches. Also in today's Gotta Watch, we mark the 16th anniversary of singer Selena Quintanilla-Pérez's death.

Remembering Selena – Selena may have been one of the earliest pioneers in the 1990s Latin music explosion. The tejano singer already had a devoted following for her Spanish-language music, but she attained crossover success when her first English-language album was released posthumously. Two years after her death, the murdered Grammy winner helped ignite Jennifer Lopez's career. J. Lo played Selena in a 1997 biopic that bore the slain singer's name.