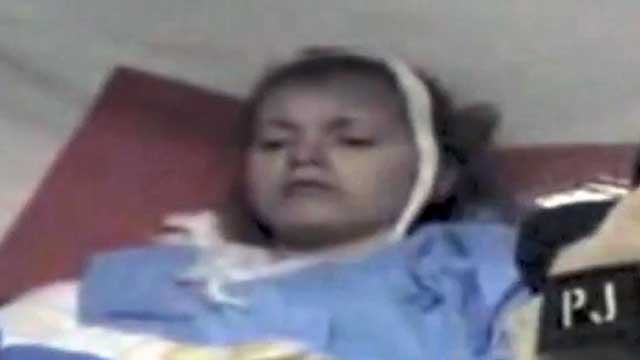 A terrified but brave young soldier was rescued by her fellow soldiers in an Iraqi hospital eight years ago today. You may remember Private Jessica Lynch's story as the first successful rescue of a female prisoner of war. We've put together some video that tells her story and where she is now.

Daring nighttime rescue – Video leaked several years after her rescue shows the moment when U.S. military came to her aide after being held in a hospital for nine days.

Lynch sets the record straight– Today, Lynch is a far different woman than the frightened 19-year-old in the video above. She chats with HLN's Joy Behar about her controversial homecoming and her status as an American war hero.