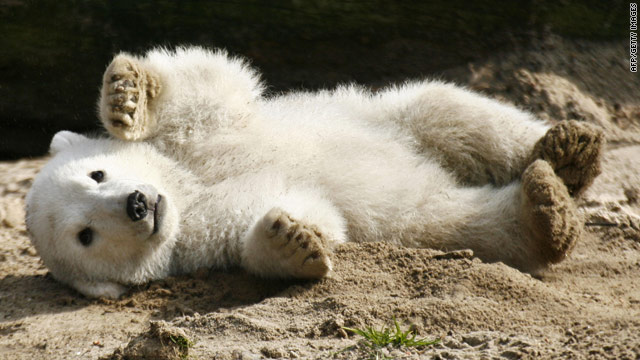 Knut the polar bear, the star attraction at the Berlin Zoo who suddenly died March 19, drowned after falling into his swimming enclosure, investigators said Friday.

Knut had encephalitis, or severe inflammation of the brain, which caused the muscle spasms that led to his drowning, according to the Leibniz Institute for Zoo and Wildlife Research, the official German broadcaster Deutsche Welle reported.

A pathologist with the institute said the encephalitis would have killed Knut eventually if he had not drowned.

Knut became a cultural phenomenon when he made his public debut as a cuddly cub in 2007. His mother at the zoo had rejected him at birth, so a zookeeper raised him, including administering bottle feedings, until he got big enough to feed himself.

More than 600 zoo patrons, including many children, were watching Knut when he fell into the pool, and some screamed as they realized what was happening, reported Time.com, which features a photo gallery of Knut's public life.

Several dozen people demonstrated Saturday at the Berlin Zoo to object to plans to stuff Knut's hide for display in a museum, Monsters and Critics reported.

"To put him in a stuffy museum room so he can catch dust for decades and be grabbed, fingered and stared at ... he doesn't deserve that," protester Uwe Voelkel, 53 said.