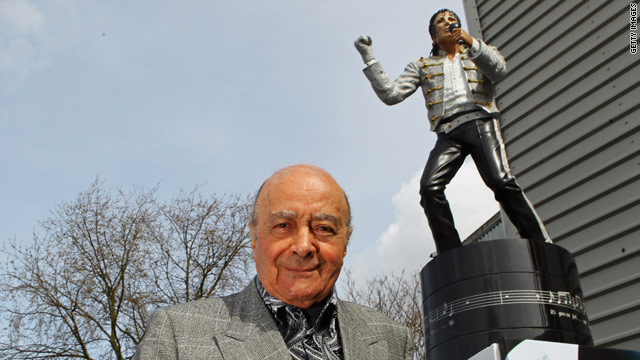 LondonŌĆÖs Fulham Football Club is now home to a 15-foot-tall memorial to Michael Jackson. And soccer fans who donŌĆÖt like it can "go to hell," the club's owner said Sunday.

Fulham owner Mohamed al Fayed on Sunday unveiled a statue of the King of Pop on the grounds of the soccer clubŌĆÖs Craven Cottage stadium in London before FulhamŌĆÖs English Premier League match against Blackpool, the Daily Mail reported.

Al Fayed, an Egyptian businessman who once owned LondonŌĆÖs famed Harrods department store, counted Jackson as a friend. He was going to put the statue at Harrods until he sold the store in 2010, according to The Sun.

Sensing criticism for erecting a statue of a man who had little discernible connection to the club - Jackson once attended a match in 1999, according to The Sun - he essentially told critics to beat it.

END_OF_DOCUMENT_TOKEN_TO_BE_REPLACED 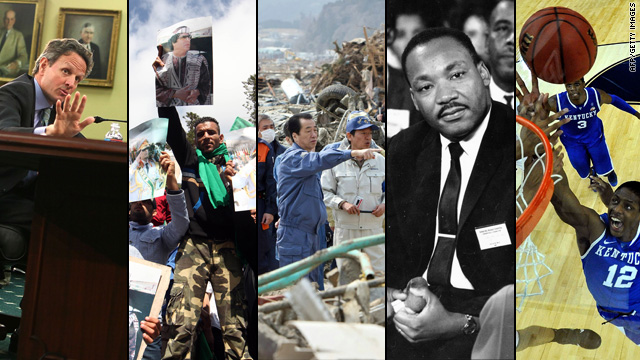 U.S. lawmakers this week will be in the curious position of sparring not only over a new 2012 budget proposal - Republicans are set to propose dramatic changes to Medicaid and Medicare - but also over a plan for 2011 spending, which was never settled. If a 2011 plan isn't agreed to by the end of the week, a partial government shutdown could ensue.┬ĀHere is a look at this and some of the other stories CNN plans to follow this week:

Friday is deadline for 2011 spending plan

Less than six months remain in the U.S. government's fiscal year 2011, and Congress still hasn't passed a spending measure that would cover the whole thing. ┬ĀThat could change by Friday, when the most recent temporary measure expires.

Republicans have long been pushing to cut┬Āspending┬Āby $61 billion, but Democrats generally wanted only a fraction of that. Negotiators agreed tentatively last week on a compromise to slash $33 billion in federal spending, but there were disagreements over where to cut, and┬Āsome House Republicans indicated they wouldn't go along, arguing $33 billion isnŌĆÖt enough. If a full 2011 plan (or another temporary spending measure) isn't passed by Friday, some government services and offices could shut down until a plan is agreed upon.

END_OF_DOCUMENT_TOKEN_TO_BE_REPLACED 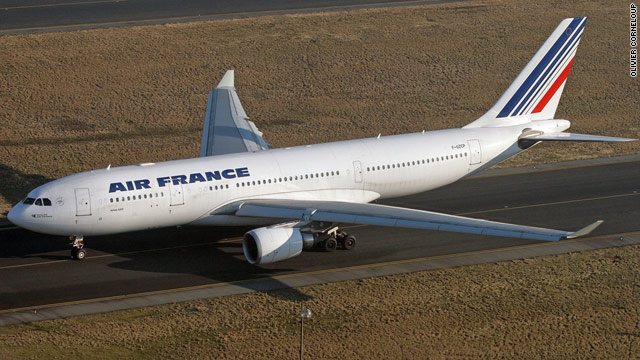 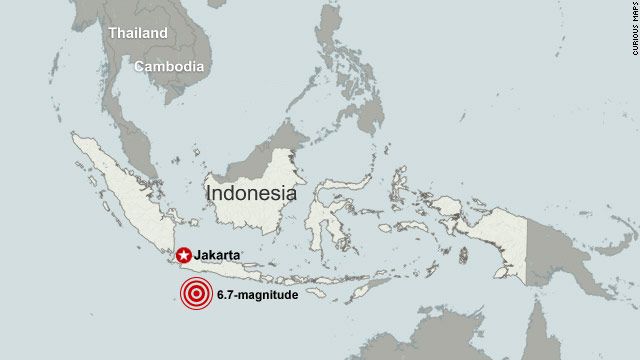 A magnitude-6.7 earthquake struck off the coast of Indonesia early Monday, the U.S. Geological Survey reported.

No widespread, destructive tsunami is expected, but there is a small possibility of a local tsunami that could affect coasts less than 100 kilometers from the quake's epicenter, the U.S. National Weather Service's Pacific Tsunami Warning Center said.

[10:40 a.m. ET] A suicide bombing inside a Sufi shrine in central Pakistan's Punjab province on Sunday killed at least 25 people and wounded dozens of others, a senior government official told CNN.

A suicide bombing inside a Sunni shrine in central Pakistan on Sunday killed at least eight people and wounded 25 others, a senior government official told CNN.