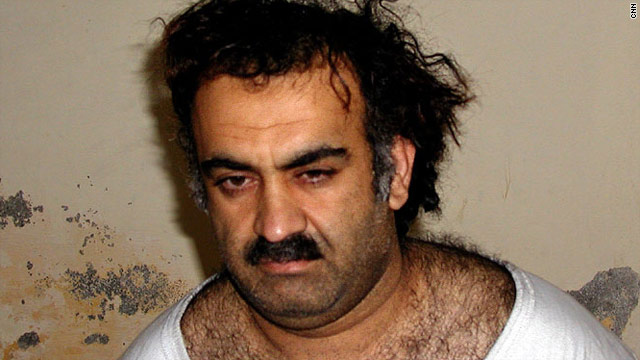 Alleged 9/11 mastermind Khalid Sheikh Mohammed is among the suspects expected to be tried at Gitmo.
April 4th, 2011
12:33 PM ET

Attorney General Eric Holder will announce this afternoon that the 9/11 suspects will not face federal civilian trials as the Obama administration wanted, two U.S. officials and a government source confirmed.

They instead will be tried before military commissions at Guantanamo Bay, the officials said.