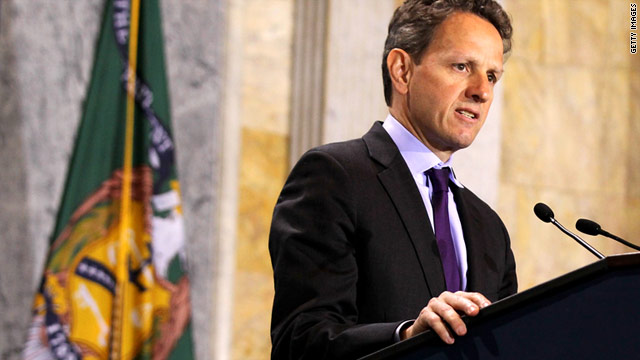 Geithner: U.S. will reach debt limit by May 16

U.S. Treasury Secretary Timothy Geithner told congressional leaders Monday that he now expects the United States to hit its $14.294 trillion debt ceiling "no later than May 16."

Earlier, the Treasury had estimated that the limit would be reached between April 15 and May 31.

If Congress doesn't raise the debt limit by May 16, the Treasury would employ a range of extraordinary measures to prevent the United States from defaulting on its obligations. But Geithner estimated that those measures could only buy roughly eight weeks.

Some Republicans say they will oppose raising the debt ceiling unless there are accompanying reforms intended to address long-term spending and national debt issues. Democrats have countered that such a move would amount to a default on paying some debt with dire economic consequences.