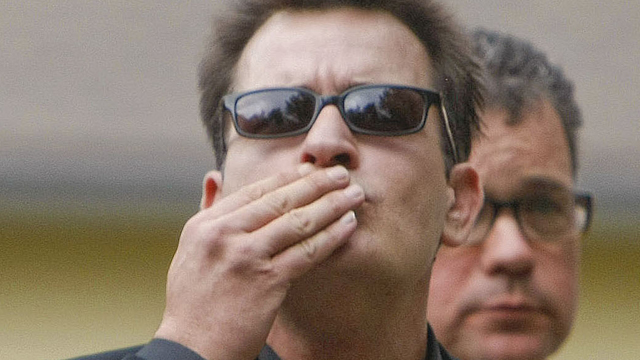 He became a Twitter phenom overnight and added the phrases "tiger blood" and "winning" to the cultural lexicon. But the recent obsession with all-things Charlie Sheen couldn't save him from terrible reviews for his stage tour debut. Today's Gotta Watch focuses on how this A-list actor has reinvented himself into an internet sensation thanks to his rants and odd behavior. Watch the recent evolution of Charlie Sheen.

Sheen's losing debut – File this under #notwinning. Detroit fans booed and heckled Charlie Sheen during the opening of his "Violent Torpedo of Truth" tour. Even his "tiger blood" couldn't save Sheen from the critical audience. Was it the crack jokes about the Motor City or the circus-like atmosphere that got fans upset? Now you can judge for yourself.

Sheen can't remember his last drug usage – He claimed to cure himself of drug addiction, which is what made Piers Morgan's February interview with Charlie Sheen so intriguing. To up the ante, Sheen brought what he claimed was a recent drug test to prove that he was indeed clean and sober.

Charlie Sheen: The smoking machine – There's probably a metaphor to be made between Charlie Sheen's rampant cigarette use and his showbiz career going up in smoke. We'll let you make that call, but while you're thinking, check out this video of Sheen dragging it out during his many interviews.