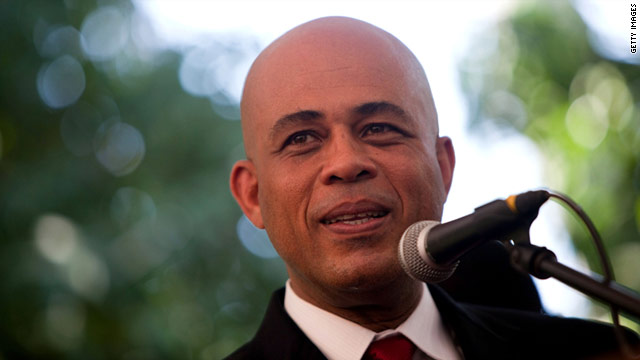 Martelly took 67.6% of the vote, while Manigat received 31.5%, according to Pierre Thibault, spokesman for Haiti's Provisional Electoral Council.

Final results are scheduled to be announced April 16.

compared with 31.74 percent for Mirlande Manigat,according to Pierre Thibault – spokesman for Haiti's provisionalelectoral council who read out the results at a press conference Mondayevening at the electoral council headquarters in Petionville,Port-au-Prince.

10:03 am ET September 22, 2021 RETWEET
The 5.9-magnitude earthquake that struck Australia Wednesday morning local time was one of the strongest on recordâ€twitter.com/i/web/status/1â€¦tb
CNNweather

9:17 am ET September 22, 2021 RETWEET
â€śIn a statement, Mary Trump said: "I think he is a loser, and he is going to throw anything against the wall he cantwitter.com/i/web/status/1â€¦8oI2
susancandiotti

9:01 am ET September 22, 2021 RETWEET
The Dixie Fire -- the second largest in California's history -- is 94% contained after burning for more than 70 dayâ€twitter.com/i/web/status/1â€¦yQ
CNNweather